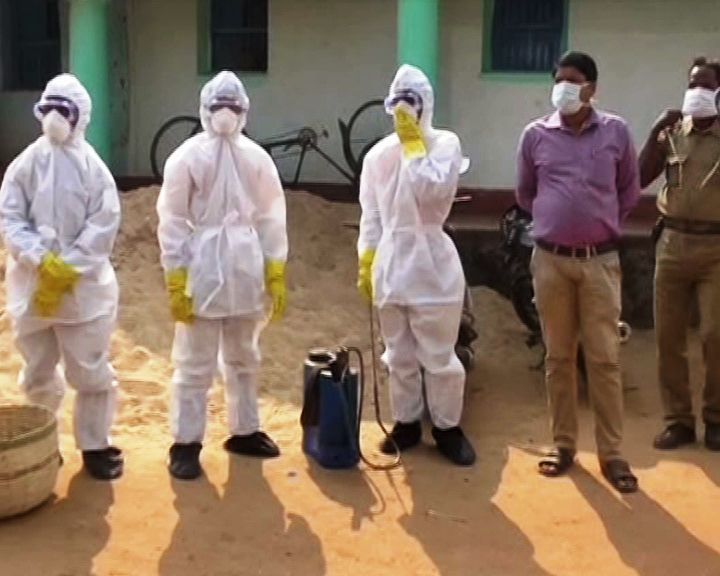 Culling of chickens to curb spreading of bird flu virus resumed today in Keranga village of Odisha’s Khordha district after it was halted due to stiff resistance by the villagers yesterday.

As many as 260 chickens were culled till noon. A compensation of Rs 90 from the state government and Rs 25 from Red Cross is being provided for culling of each fowl, informed Fisheries & Animal Resources Development Minister Pradeep Maharathy, adding that the situation would be under control within 3-4 days.

The villagers had yesterday opposed the culling operation demanding demolition of poultry farm on the outskirts of village claiming that the virus started spreading after the farm was set up. They also demanded compensation proportional to the cost of each chicken culled.

In order to convince the villagers, Khordha Collector Niranjan Sahu and other officials of the district administration held a meeting with the villagers last evening and promised them of better compensation from Red Cross following which they agreed to cooperate in the culling process.

It may be recalled here that process for culling of chickens in the village within a radius of one km was initiated after four dead crows and three dead poultry tested positive for the highly pathogenic H5N1 virus aka bird flu virus.

Ten rapid response teams have been mobilised for the culling operation in the area. More than 1,200 chickens will be culled during the operation, officials said.

“Keranga village is the epicentre of bird flu. We have directed to go for culling of poultry within the radius of one kilometre for its containment. It’s the first time in the current season that this type of bird flu was detected,” Fisheries & Animal Resources Development Secretary Bishnupada Sethi had said.

“The H5N1 is considered highly pathogenic. It can also transmit to animals and humans. The Health Department is monitoring the situation,” he added.

A similar outbreak was reported in the region in 2012.

A control room has been set up at the Directorate of Animal Husbandry to monitor the situation and to disseminate information.

What are Bollywood stars planning to do on New Year’s Eve?