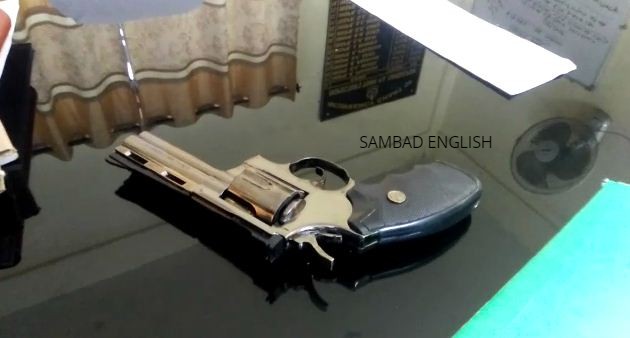 Sambalpur: High drama unfolded near Gangadhar Meher College in Odisha’s Sambalpur district today as a youth allegedly proposed a girl of the educational institution while threatening her with a toy gun.

The youth, a resident of Kendrapara, reportedly had an one-sided love affair with the girl. Locals nabbed the youth and handed him over to Sambalpur Town police.

Cops have seized the toy gun and detained him at police station for questioning. “The girl told us that the youth proposed her by brandishing the toy gun. We have detained the youth and further investigation is underway,” a police official said.

Sanctuary trees uprooted during FANI to be handed over to Srimandir