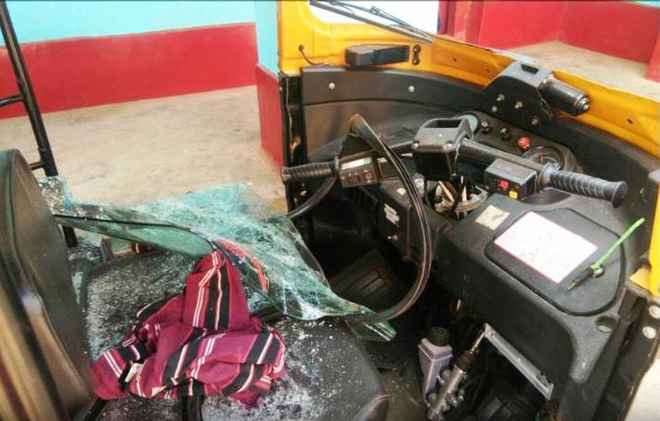 As many as 15 houses, 5 shops, one SUV, 5 auto-rickshaws and 6 bikes were damaged during a clash between BJD and BJP supporters at Jagannathpur village under Durgapur panchayat in Begunia block of Odisha’s Khordha district today.

A youth was critically injured in the clash as his head was hacked with a sword. He has been admitted to a private hospital.

On being informed, Khordha SP reached the spot and one platoon of police force has been deployed in the village to avoid further untoward incident.

Police have detained two persons for interrogation in connection with the incident.

Common Payment Card System to be launched in Odisha capital