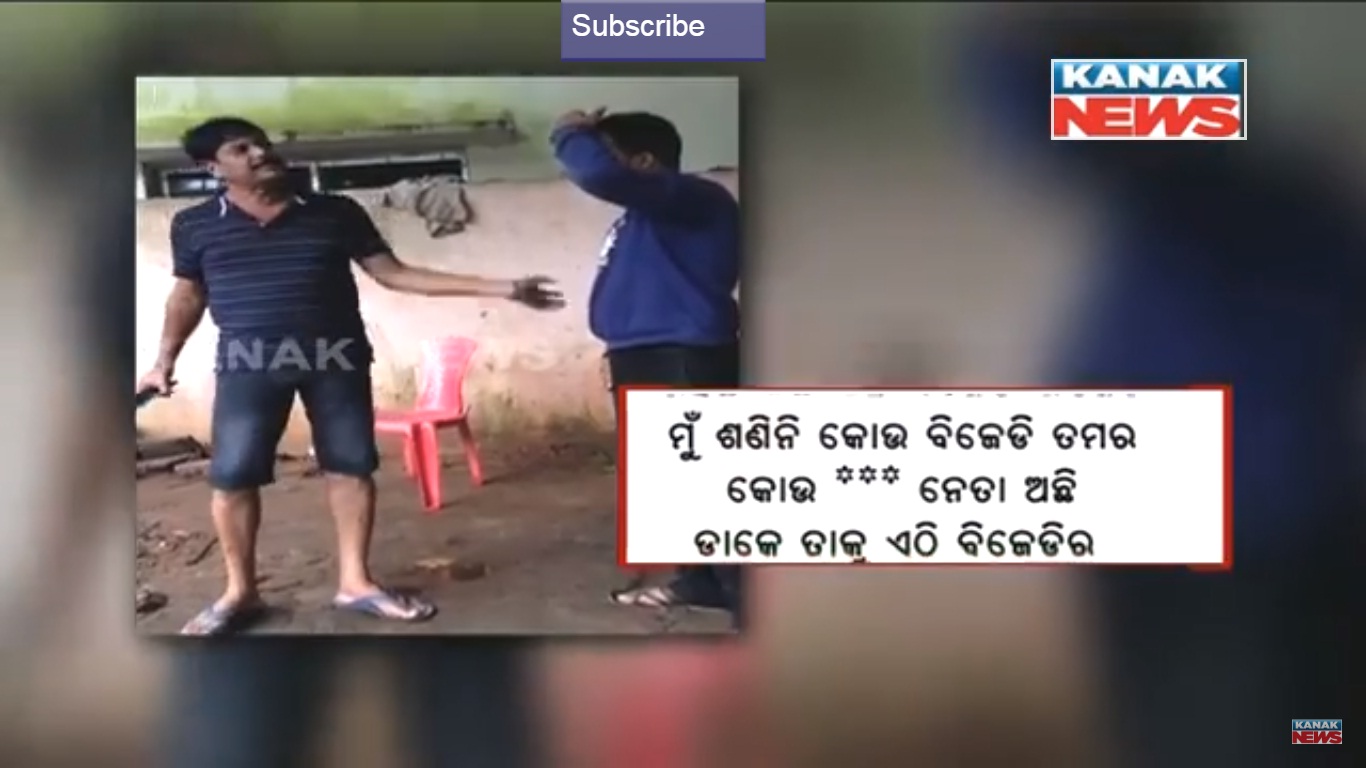 Such was his anger that Jagadev did not spare his own party and fellow leader Sanjay Das Burma.

Prasanta was seen hurling expletives at the small business owners and at one point heard invoking his party leader Naveen Patnaik in the act which was once again caught on camera.

According to a source, the incident took place after Jagadev wanted the eatery owner to pack off, but they referred to a talk with Food Supplies and Consumer Welfare Minister Sanjay Das Burma and requested for some more time.

“I am not going to listen to any (expletive). There is no (expletive) Sanjay Banjay (expletive) here. I am asking you to go. Did you reserve this place,” he said after hearing the name of the minister.

It may be mentioned here that violence and abuse is nothing new for this hothead BJD MLA.

Few days back, he was seen chiding BJD workers, “You should have beaten up the BJP workers if they were making noise. They wanted bandh out of the blue. What were you doing, uncles? Are you guys a fearful bunch”? And this happened during an event at the residence of the Chief Minister himself.

In the recent past, he himself was involved in an incident where BJP workers were assaulted near Manmunda. Couple of months back, he allegedly roughed up a local leader from his own party during a BJD function near Khurda.

He was also involved in a brawn with the-then Puri SP Ashish Singh during Nabakalebara Rath Yatra, wherein both slapped each other in the presence of other politicians and government officials. Both denied the incident later, though.

A few more months before, a former Sarpanch from his constituency lodged an FIR against him alleging physical assault and casteist remark.

A little more behind the clock, he had three criminal cases against him according to his 2014 election declaration.