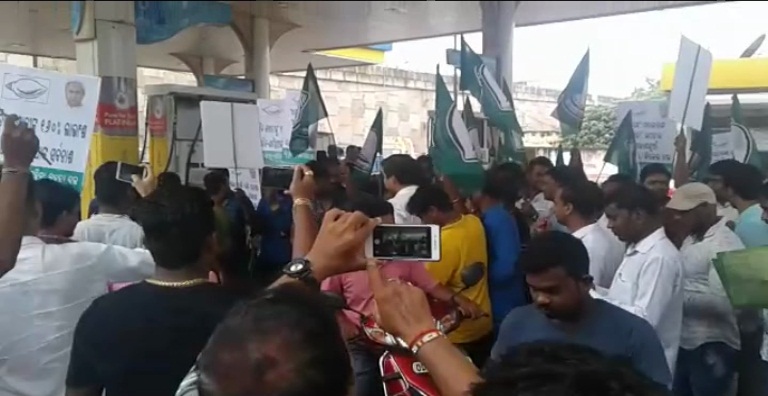 The activists of Biju Mahila Janata Dal, Biju Yuva Janata Dal and Biju Chhatra Janata Dal staged demonstration in front of petrol pumps at various places in Odisha in a phased manner from 10.00 am and it will continue till 12.00 noon.

Holding BJD flag and banners, the protestors opposed the fuel price hike in front of the petrol pumps in a peaceful manner.

The programmes were also organised by the party at major petrol pumps for awareness of fuel consumers regarding the price hike. The two-hour protest will be held till September 9.

Notably, the increasing prices of petrol and diesel drew huge criticism from all the political parties against BJP government at Centre.

Ganja seized from ambulance in Malkangiri