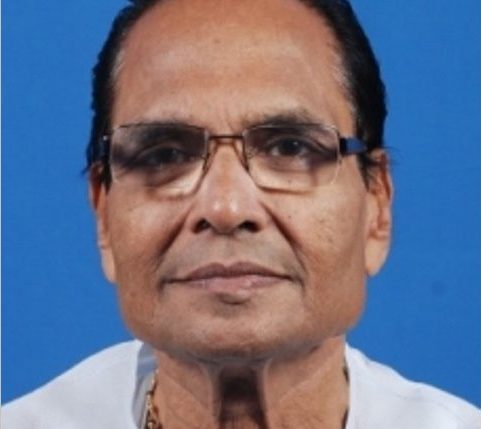 The former finance minister in late Biju Patnaik government was undergoing treatment at a private hospital in Bhubaneswar after he was nominated by the BJD to contest the elections from Patkura Assembly Constituency in Kendrapara district.

The condolence messages poured in from all quarters cutting across the party lines following his death.

“I am saddened by the demise of veteran Bed Prakash Agarwalla. He was a close associate of Biju Patnaik. His personality will continue to show us the right path. I was his critic when he was in the Janata Dal. But he never used to react to criticism strongly,” said Rajya Sabha MP and BJD’s MLA candidate Soumya Ranjan Patnaik.

The six-time legislator was to fight the polls against Bharatiya Janata Party (BJP)’s Bijay Mohapatra.

Agarwalla’s departure is said to be a great loss for the BJD that had fielded him as the party’s candidate for the Assembly polls.

The polling in Patkura Assembly is expected to be postponed following the BJD candidate’s demise.

Bed Prakash Agarwalla was active in politics since 1970s. He was elected to the Odisha Legislative Assembly on Utkal Congress ticket from Kendrapara in the year 1974. Later, he was the legislator of Janata Party and Janata Dal in 1977 and 1990 respectively from Kendrapara Assembly Constituency.

He had joined the BJP and was elected to the Assembly from Kendrapara Assembly seat in 2000 polls. He represented Patkura Assembly Constituency twice being elected on BJD ticket in 2009 and 2014 elections.