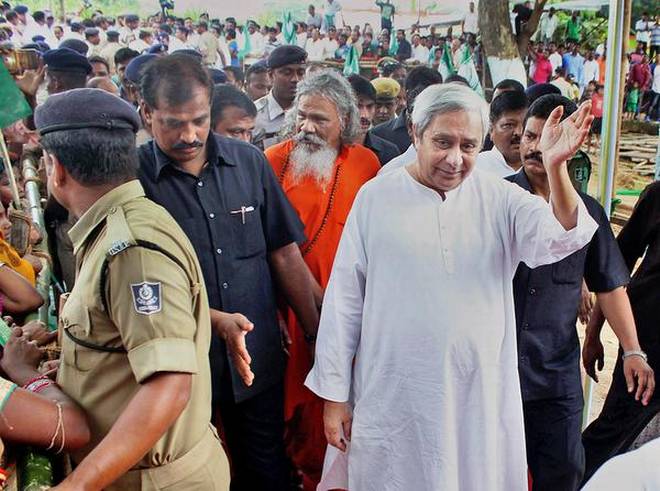 Bhubaneswar: Odisha unit of BJP today hugely criticised the Jan Sampark Padayatra, launched by Chief Minister Naveen Patnaik terming the 10-day long event as an attempt to hide the ruling BJD’s inefficiency and failure in its 17 years of regime.

Coming down heavily on the government, the state BJP said that the party will ask 10 questions on various issues daily during the padayatra.

Targeting the Works department held by Patnaik, the party will raise the issues like series of bridge collapse in Odisha, BJD leaders alleged link with Panda Infra owner against whom lookout notice has been issued in connection with Bomikhal under construction flyover collapse, delay in completion of Gurupriya Bridge and low quality of bridge construction, the party’s press release said.

The saffron party slammed the BJD after Patnaik flagged off Jan Sampark Padayatra at Mahisakhala in Bhubaneswar on occasion of Gandhi Jayanti.

“Every year from Gandhi’s anniversary to Jayprakash Narayan’s birth anniversary we launch padayatra to take the message to people of our development,” said CM Patnaik.

When asked about joining of BJD’s rebel leader Ashok Panigrahi in BJP at a rally in Barpali in Bargarh district today, he said, “It will have no impact.”

The BJD launched the padayatra to strengthen the party in the grass root level by connecting people through the welfare schemes and programmes implemented by the State government.