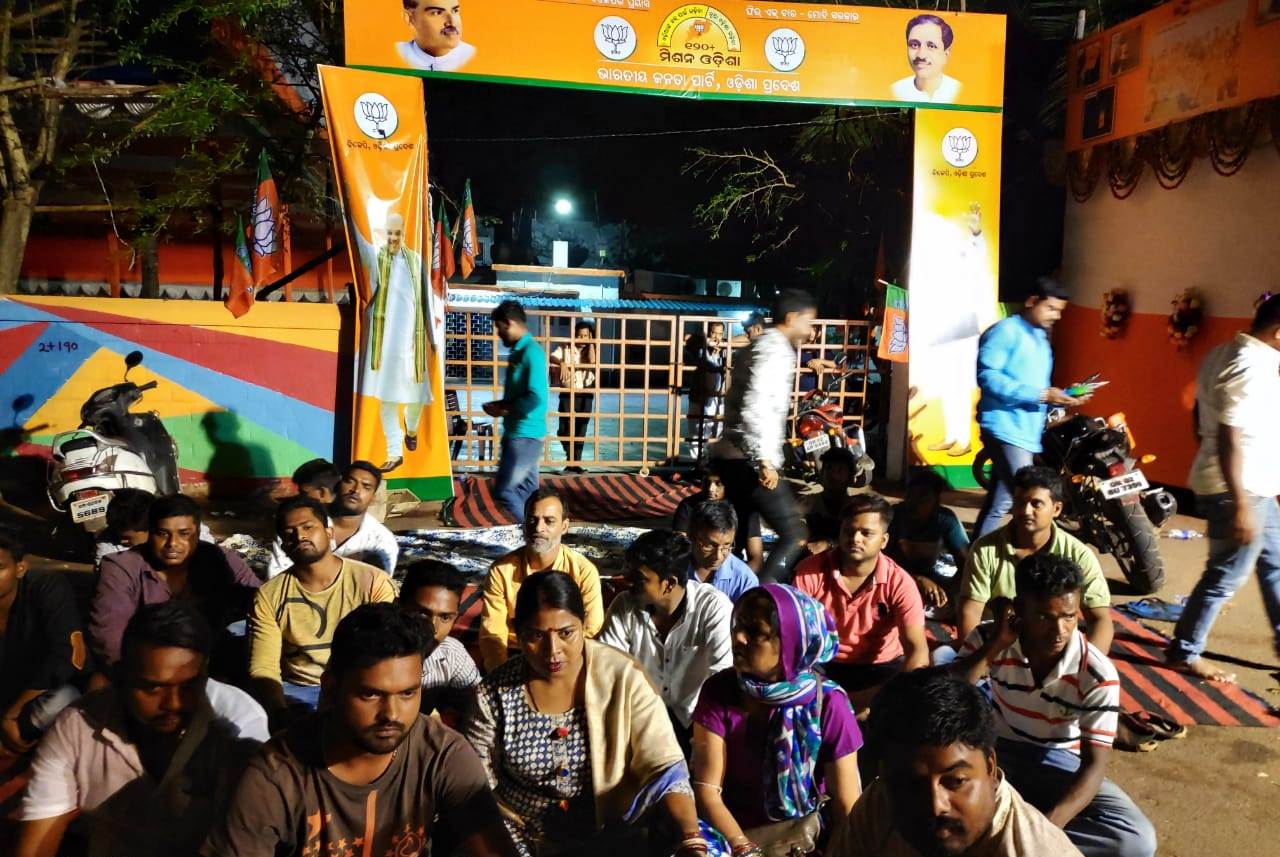 The ticket aspirants and their supporters stormed the State BJP’s headquarters office just hours after announcement of first list of candidates for the assembly polls yesterday night.

A number of BJP workers barged into the office gate and vandalised the office properties.

The BJP workers launched protest after the party announced name of Babu Singh, who has recently resigned from BJD and joined the saffron party, instead of Amiya Dash in the list of candidates for the Assembly polls last night.

“We are protesting the partiality in distribution of tickets for the assembly elections. After we found Amiya Dash’s name was not mentioned in the candidates’ list, we decided to take it to the party leadership for justice,” said Khandagiri Mandal Mahila Morcha President Nilu Jena.

“Less than 15 days after Babu Singh joined the BJP, he got the ticket to contest the polls from Ekamra assembly seat. But, Amiya Dash, who has been working for the party for past 30 years, was denied the ticket. We will sit on dharna till our demand is not met,” she added.

However, BJP’s state vice president Samir Mohanty assured the party protestors to put their demand before the central leadership in Delhi.