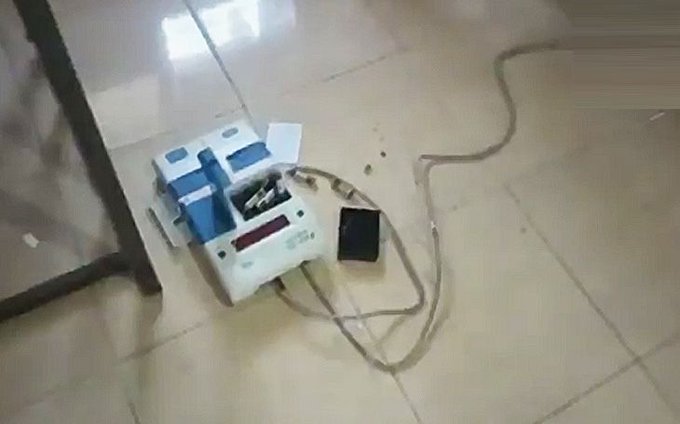 Nilamani Bisoi, the BJP’s MLA candidate for Suroda Assembly Constituency, has been arrested on charges of destroying an EVM at polling booth no. 182 at Renti village under Suroda police limits, said Aska SDPO Suryamani Pradhan.

The BJP candidate was arrested after Presiding Officer of the booth lodged a formal complaint with the local police.

Earlier in the day, Ganjam Collector Vijay Amruta Kulange said the Chief Electoral Officer will also be apprised about the incident.

The motive behind the incident was not immediately known, police said.

Bisoi, however, denied the allegations and claimed that the BJD workers have destroyed the EVM.

The matter is under investigation now, police said.

The second phase of elections in Odisha for five Lok Sabha and 35 Assembly seats was held today.

66% turn out in second phase of LS polls