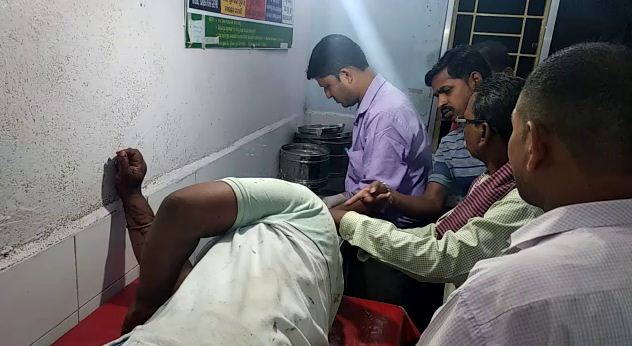 Bhanjanagar: Nephew of a BJP MLA candidate sustained critical injuries after allegedly being attacked by a group of people at Turumu village under Bhanjanagar police limits in Odisha’s Ganjam district.

Ajit Pradhan, the victim and nephew of BJP’s Bhanjanagar Assembly seat candidate Pradyumna Nayak, had a heated exchange of words with the attackers during a public meeting of BJP leader Dharmendra Pradhan at Kulad here yesterday.

Later, they launched a murderous attack on Ajit leaving him grievously injured. He was rescued and admitted to the Bhanjanagar Hospital.

Pradyumna Nayak has alleged that local sarpanch Tutu Pradhan orchestrated the attack. A complaint in this regard has been lodged with the Bhanjanagar police.

Many BJP workers of the area have threatened to gherao the police station in the case of delay in arrest of the culprits.

Whitening products may cause tooth decay