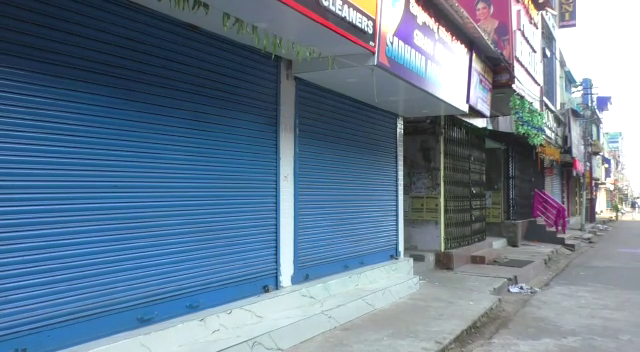 The BJP supporters resorted to picketing and road blockade in Deogarh during the bandh from 6 a.m. to 6 p.m. vehicular movement was disrupted, shops and business establishments remained closed in the district during the bandh.

However, emergency services and vehicles carrying students for examinations were excluded from the ambit of the bandh.

The BJP demanded the arrest of the BDO accusing him of misbehaving with the party MLA.

On Sunday, BJP MLAs Kusum Tete, Mohan Majhi and Bhabani Shankar Bhoi along with the party workers staged a protest in front of the Deogarh police station.

On the other hand, the Deogarh district Congress unit has also staged demonstration and submitted a memorandum to the Governor through the district collector demanding removal of Panigrahi from MLA position.

BJP MLA Tete described the arrest as unfortunate and asked why the police have not taken any action on a complaint filed by the MLA prior to the FIR lodged by the BDO.

Speaking to the media, Panigrahi alleged that police had falsely registered this case and arrested him on the behest of the ruling BJD.

“As I have raised the farmers’ issue in the Assembly and stalled the House for six days, the BJD has targeted me and made conspiracy to arrest me,” alleged Panigrahi.

However, BJD legislator Aswini Patra refuted the allegation of BJP and said the law will take its own course. The statements made by BJP leaders are false and fabricated and they are doing it for political motives, he said.

Meanwhile, a delegation of OAS officers association met the Odisha chief secretary and additional chief secretary, home, demanding arrest of other persons, who were involved in the assault case.