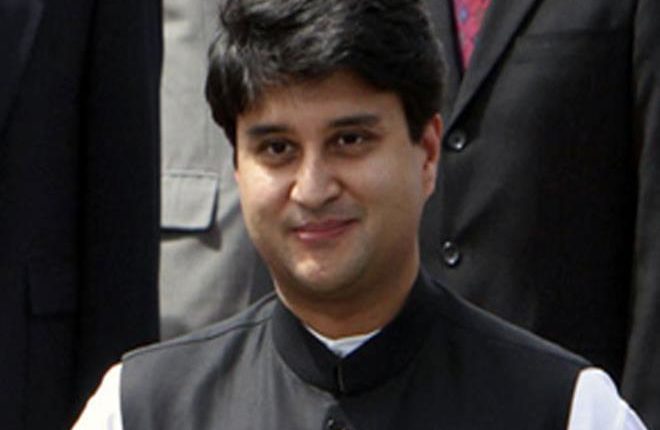 New Delhi: Former Congress leader Jyotiraditya Scindia, who joined the BJP earlier in the day, was nominated by the party for the Rajya Sabha from Madhya Pradesh in a list of 11 candidates released on Wednesday evening.

Apart from 11 candidates it is fielding, the BJP has allotted two seats to its allies.

From Jharkhand, the BJP has given ticket to its state chief Deepak Prakash, and to Ramilaben Bara and Abhay Bharadwaj from Gujarat. In Maharashtra, the BJP has fielded Udayan Raj Bhosale and will support NDA constituent, Republican Party of India-A’s chief Ramadas Athawale for the second seat.

Vivek Thakur is the candidate from Bihar, while from Assam, the party will support ally Bodoland People’s Front (BPF) leader Biswajit Daimary from one seat, while fielding party leader Bhuvaneshwar Kalita from the second seat. Rajendra Gehlot is the party candidate in Rajasthan.

BJP General Secretary Arun Singh said that the list of candidates was finalised in a meeting of the party’s Central Election Committee on Tuesday which was chaired by party President J.P. Nadda, and attended by Prime Minister Narendra Modi, Home Minister Amit Shah, Defence Minister Rajnath Singh and other senior minister and leaders.

‘Of 16 suspected coronavirus cases in Odisha, samples of 14 are negative’