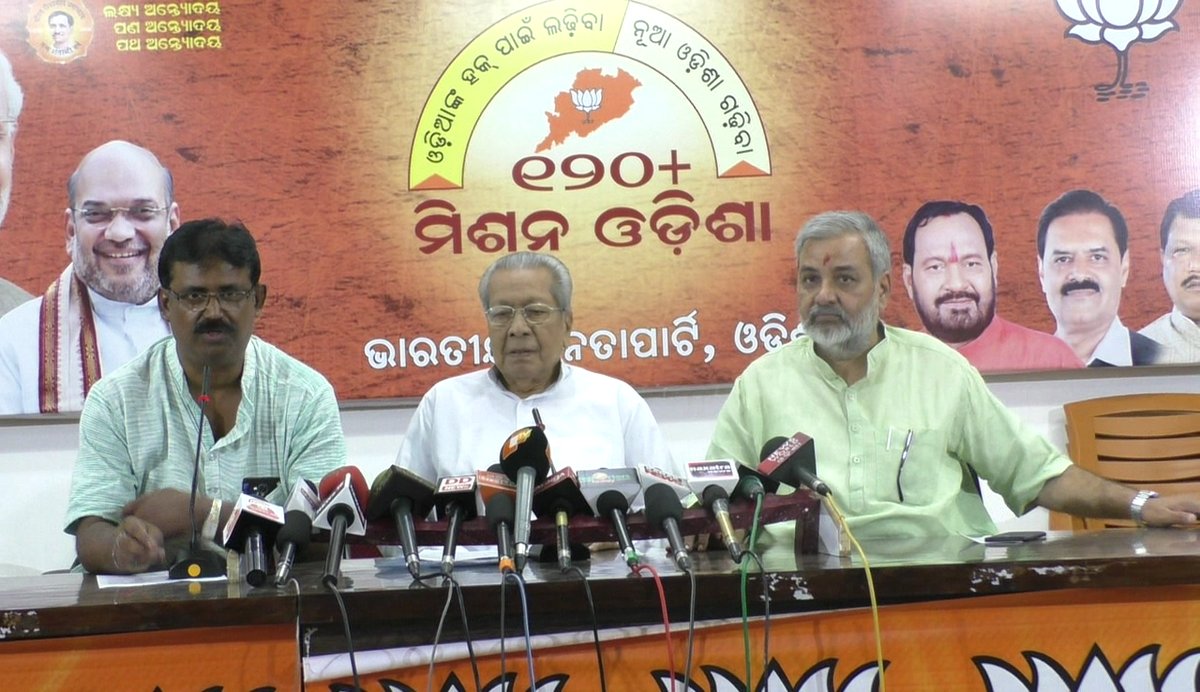 Taking a jibe on Patnaik at a press conference here, senior BJP leader Biswabhushan Harichandan said, “While all the chief ministers of other states are addressing the meetings and people in their respective regional languages, it is unfortunate that Odisha CM is not speaking in Odia language.”

“It is a big insult to Odisha. Therefore, Patnaik has no right to rule the state,” he said.

Reacting to Harichandan’s statement, BJD vice president Damodar Rout said, “If he knows Odia very well why people of Odisha are not making him the chief minister? Why he could not become a legislator if he has mastered over Odia language?”

“Naveen Patnaik is getting votes because Odisha people trust him and his actions,” Rout said.

The political party that does politics on caste, religion and language and for which reason Mahatma Gandhi was killed that issue should not be raised even after independence, he said.

Referring to great Jagannath culture where the devotees belonging to different castes and religions get opportunity to have darshan of deities on the chariots during world famous Ratha Jatra, Rout said, “There is secularism flowing in the vein of every Odia. The BJP is only saying hypocrisy.”

BJD leader Sasmit Patra questioned Harichandan about the language he was managing the office and administration when he was the minister in BJD-BJP government.

“Harichandan is a senior leader. He was the minister in Naveen Patnaik’s cabinet for nine years. He was involved in many government programmes. I would like to ask him in which language he was managing the administration English or Odia? If he did not question Patnaik at that time, why he is raising the question now?”.

It is a question to him now in which language he was managing the administration, asked Patra.