BJP to field contestants across all seats in Odisha panchayat polls 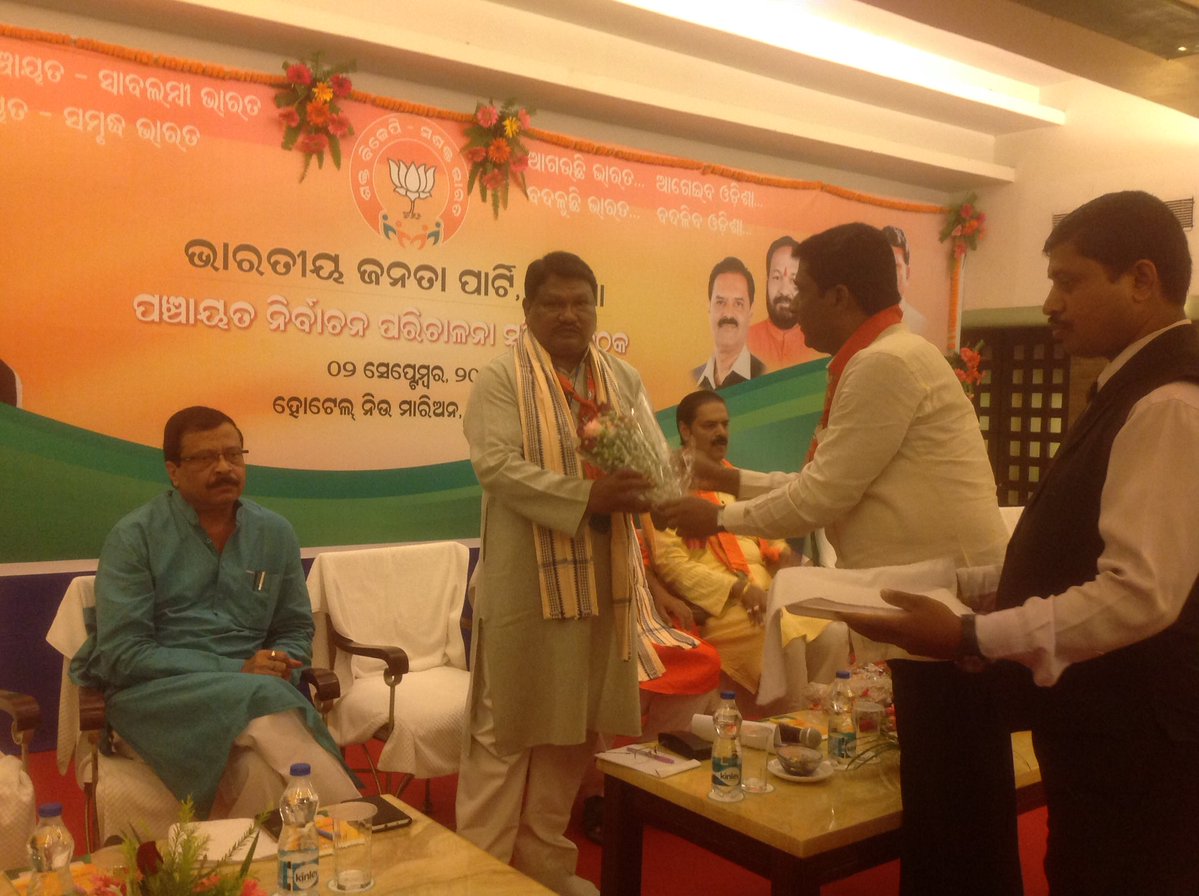 Odisha unit of BJP today announced that it will field candidates across all panchayats and zilla parishad zones in the state in the upcoming panchayat polls scheduled to be held in February 2017.

The decision was taken in a high level meeting of BJP Election Management Committee held at a hotel in Bhubaneswar today.

The failure of ruling Biju Janata Dal in fulfilling its promises will be the key agenda of the party, said state unit Vice President Samir Mohanty briefing the press after the meeting.

Emphasis will be laid on the Dana Majhi incident, shortage of doctors in hospitals, lack of employees across several department, failing educational and health systems and issues of teachers. Besides, steps will be taken to take the welfare schemes of the Union Government to the people at the grass root level.

“Today, we took stock of the political situation in the state. We will take local issues pertaining to the districts and zones separately to effectively counter BJD,” Mohanty added.

It may be mentioned here that the party on August 6 formed a 16-member committee and tasked it with spearheading the polls in the state. Further, the party has already announced that it will form ‘Power Centres’ across all panchayats in the state and ‘BJP Booth Committees’ at the village level to garner strength for the upcoming panchayat polls.

Operation Blackspot: Odisha Vigilance on the lookout for mastermind