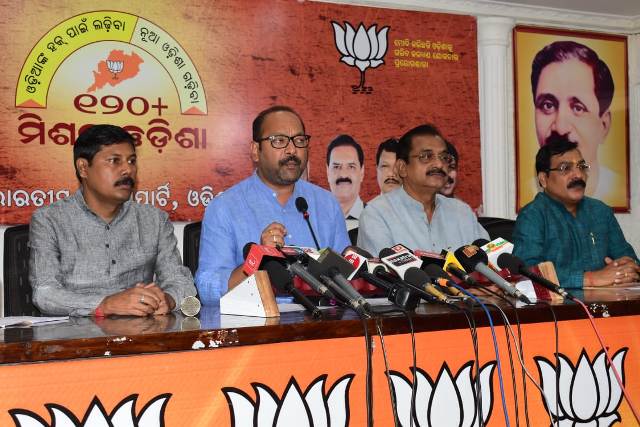 Bhubaneswar: Ahead of 2019 elections, the State unit of BJP announced to gherao all the block offices across Odisha from October 27 against corruption.

“We will launch a block-level agitation from Oct 27 till 30 to expose the BJD government,” said State BJP General Secretary Bhrugu Baxipatra here today.

As per the move by the party against the ruling BJD, the BJP will stage picketing in front of 314 block offices to protest alleged corruption in various central schemes.

Addressing a press conference, Baxipatra alleged that there is the rampant misuse of government in Odisha.

“The BJD is using block offices to rehabilitate its workers and people are deprived of facilities provided under the central schemes due to PC culture,” he said.

He termed the BJD government as ‘corrupt’ saying, “the State government’s inefficiency and corruption is the chief reason that the beneficiaries are out of reach of the central schemes in rural areas.”