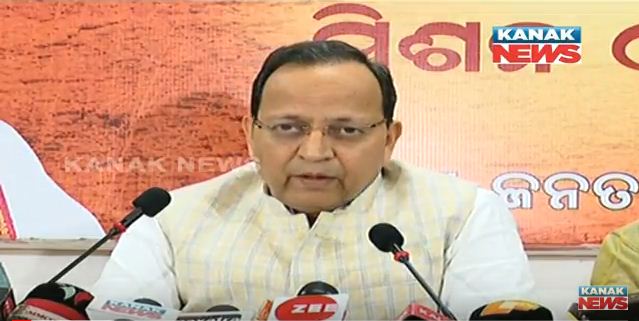 “With experience of Modi-led BJP government, the party will go to people in villages where Prime Minister has worked like a ‘messiah’. We will expose the tainted BJD MLAs and ministers through chargesheet,” Singh said in a press conference here at party’s state headquarters.

Coming down heavily on Naveen-led BJD government, Singh termed it as a ‘lollipop’ government.

“The BJD is a lollipop government as it has failed to create job opportunities during its 19-year rule and youths are roaming unemployed,” he said.

Whether it is Gram Saathi, Krushak Saathi or Biju Yuva Vahini, the government has been misleading people in name of connecting them under various schemes.

“The selection of people in Biju Yuva Vahini is like misleading the youths of the State ahead of elections. Earlier, several people were connected in name of Gram Saathi before 2009 polls. When they protested, their voice was not heard after election. During 2014 polls, the government tried to connect people under Krushak Saathi scheme that also failed. Now, the youths are being targetted in name of Biju Yuva Vahini at payment of only Rs 1,000 or Rs 2,000, which is just like giving a lollipop,” the BJP leader said.

He alleged that the democracy is being strangled here in the State as the government is not involving the elected representatives in the projects ignoring the panchayat samiti and gram sabha.

“The BJD workers deal the projects on the basis of 3-10% commission and later the contractors get the tenders. The massive corruption is taking place in allotting the tender that resulted in huge loss to State Exchequer,” Singh told the media.

He said that the party is confident to achieve mission 120 and BJD will be ousted in the upcoming elections in Odisha.

Nabin’s love for BJP lasts a year; gets rousing…