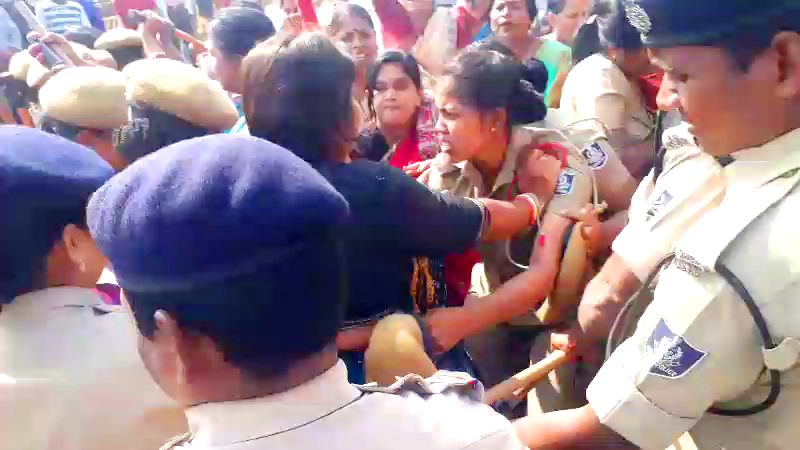 The situation turned ugly when a scuffle ensued between the women activists and police personnel while the former marched towards Naveen Niwas during the protest. Showing bangles during the demonstration, the activists slammed CM Naveen for keeping mum over the issue.

Later, the cops detained a few activists from the spot to avoid any further untoward incident.

Earlier yesterday, BJP Mahila Morcha activists had gheraoed the Crime Branch (CB) Headquarters in Cuttack alleging that the CB has diverted the investigation in to the incident and the victim is yet to get justice due to negligence in the probe.

Odisha shivers in cold, mercury below 10 deg C at 19 places