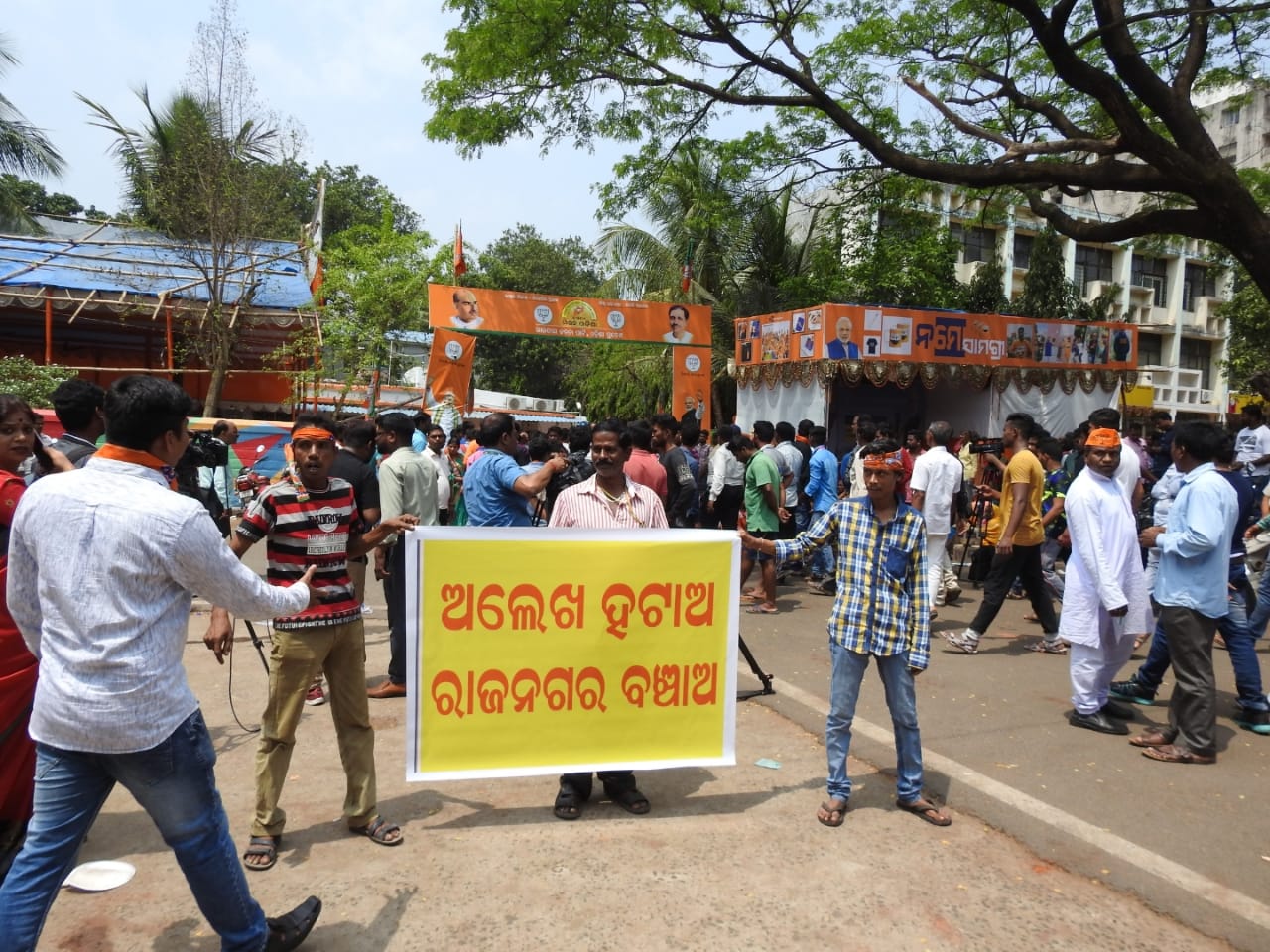 Bhubaneswar: Expressing resentment over party ticket distribution for the upcoming Assembly elections, the BJP workers staged agitation across the State.

After the party activists locked up the State BJP’s headquarters office on March 21 night protesting ticket to Babu Singh for Ekamra-Bhubaneswar Assembly seat, the protestors continued the same opposing the candidature of Dola Gobind Nayak and Alekh Jena for Aul and Rajanagar assembly constituencies.

The tension also gripped the BJP party office at Laxmipur in Koraput district where the party workers ransacked the office after Kumud Saunta got the party ticket. They burnt the effigies of Dharmendra Pradhan and Koraput BJP president Jayram Pangi as mark of protest.

The protestors raised question on the State BJP’s leadership over distribution of ticket terming it as ‘injustice’ to six aspirants in Laxmipur Assembly seat.

They alleged that Pradhan along with Pangi gave ticket to former BJD leader Kumud, who is just two months old in the party. They threatened mass resignation if the party does not withdraw its decision.

Protests were reported from Ganjam district also as senior BJP leader Uttam Panigrahi opposed party’s decision to field actress-turned-politician Pinky Pradhan from Digapahandi Assembly segment. Panigrahi warned the party to file nomination papers as Independent candidate as he has been deprived of ticket.

Meanwhile, Congress faced similar hit from its workers over ticket distribution to candidates for the Assembly polls.

The Congress workers locked up the party office in Jharsuguda protesting the party ticket to Mahendra Nayak for the polls.

They alleged that the party announced Mahendra Nayak as its candidature, who is not from Jharsuguda and even not in the party.

Similarly, the Congress workers’ meeting was suspended mid way in Nilgiri following group clash between two groups over candidature of Nilgiri queen Manoja Manjari Debi. The tension erupted during the meeting chaired by Congress leader Raghunath Singh when queen’s supporters snatched the microphone demanding the meeting to be presided by her. Opposing the demand, another group supporting Congress men Akshaya Kumar Acharya and Chitaranjan Sarangi faced off with each other.