Over 60 including 12 US military personnel killed in Kabul blasts 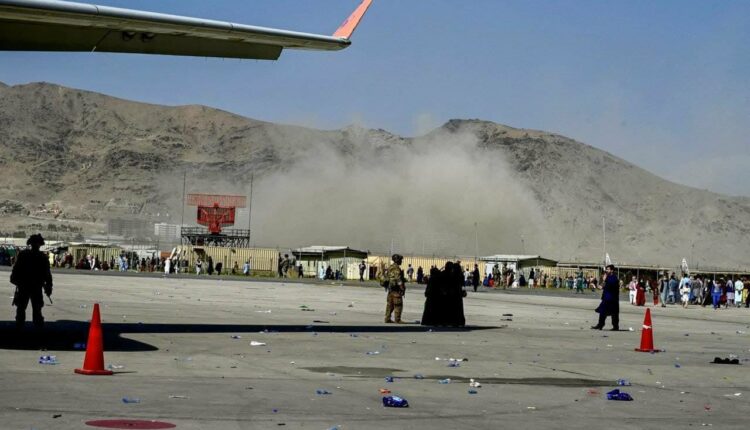 Kabul: A blast on Thursday at the Kabul airport, which is thronged by crowds of desperate Afghans seeking to flee the country after the Taliban takeover, followed by one at a nearby hotel, have killed over 60 people including 12 US military personnel and left nearly 150 wounded.

US President Joe Biden, speaking at the White House, vowed to carry on with evacuating people fleeing Afghanistan, the BBC reported.

He also pledged that the US would hunt down those behind the attacks and make them pay.

“Our thoughts and prayers go out to the loved ones and teammates of all those killed and injured,” Pentagon Press Secretary John Kirby said in a statement.

Explosions took place outside the Abbey Gate – where US and British forces have been stationed – and at a nearby hotel — where processing of refugees takes place.

British Prime Minister Boris Johnson has said the attack is “despicable” but it will not interrupt the UK’s operation.

The attack came after warnings there could be militant attacks, as nations evacuate people ahead of August 31 deadline.

US media said that at least four marines were killed.

Earlier, in a tweet, Kirby said they could “confirm that the explosion at the Abbey Gate was the result of a complex attack that resulted in a number of US and civilian casualties. We can also confirm at least one other explosion at or near the Baron Hotel, a short distance from Abbey Gate”.

The Taliban condemned the twin blasts in an area, which they noted, was under the control of the US military.

“The Islamic Emirate strongly condemns the bombing targeting civilians at Kabul airport,” spokesman Zabihullah Mujahid said in a tweet, adding that the blasts “took place in an area where US forces are responsible for security”.

Another spokesman Suhail Shaheen said the Taliban are “paying close attention to the security and protection of its people”.

Evacuated Afghan journalist Bilal Sarwary said in a tweet that the blast took place at a sewage canal where Afghans were vetted.

“A suicide attacker blew himself up in the middle of a large crowd. At least another attacker started shooting, multiple eye witnesses in the area & a friend tell me,” he said.

Huge crowds of people have also built up at Afghanistan’s border with Pakistan as people try to flee Taliban rule.