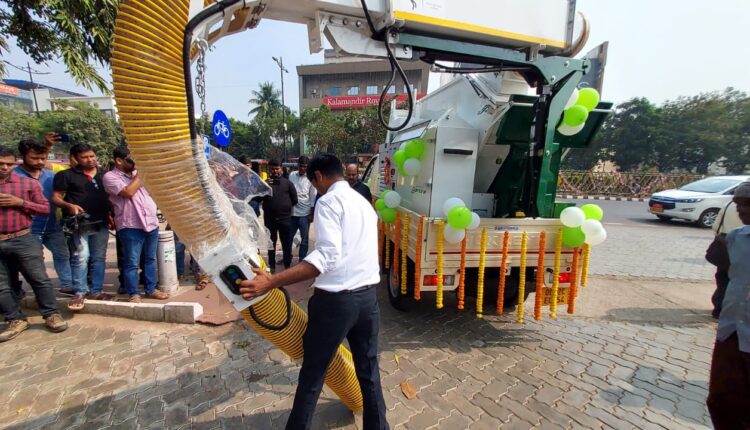 Bhubaneswar: With an aim at making Bhubaneswar a bin-free city, the Bhubaneswar Municipal Corporation (BMC) has added Jatayu, an additional scientific tool, for sanitation activity on roads.

During inauguration programme at both the locations in the city on Friday, Sanitation Standing Committee Chairman Biranchi Narayan Mahasupakar and other corporators were present along with senior officials including Additional Commissioners Laxmikanta Sethy, Binaya Kumar Dash and Suryawanshi Mayur Vikash.

State Capital to bring enthusiasm among citizens in hosting…