Step daughter in-law Kalpana Singh shared that Sukhi had randomly left the house and did not return since last Tuesday. 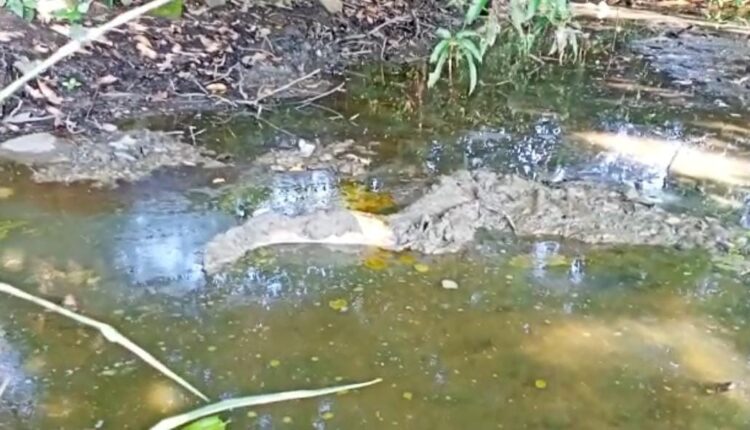 Baripada: In a shocking incident, the body of a missing woman was found half-buried in the marshes of a farm pond in Bisoi block of Mayurbhanj district in Odisha today. The deceased, identified as 48-year-old Sukhi Singh of Kaasipentha village under Luhakani panchayat, had gone missing since last week.

Sources said some villagers were going towards the farm pond on Tuesday evening when they spotted the half buried body of Sukhi. They later informed police. On Wednesday, a police team led by Rairangpur SDPO Gokulanand Sahu and Bisoi IIC Mini Bhoi along with a scientific team arrived at the spot. While an investigation was immediately started, onlookers said it took some time to recover the body as it was buried in a swampy area. After recovery and interrogation of local residents, it was found that the woman was Sukhi Singh, second wife of Ledha Singh in the village.

Step daughter in-law Kalpana Singh shared that Sukhi had randomly left the house and did not return since last Tuesday. “My mother in-law used to work in Paradip and had earlier gone without telling anyone. So when she left last week, we thought she has gone to Paradip. But when she did not return, we got worried,” Kalpana said, ruling out any family dispute.

Preliminary investigation revealed it was a planned murder as there was a sharp injury on Sukhi’s head and marks of strangulation around her neck. There were also  blood spots on a rock nearby.

Police said they have started a probe and a case has been registered. The body has been sent for autopsy.

[WATCH] On SRK’s birthday, ‘Pathaan’ teaser promises the return of Badshah with a bang

Odisha: Light and sound show to grace Bali Jatra from next year