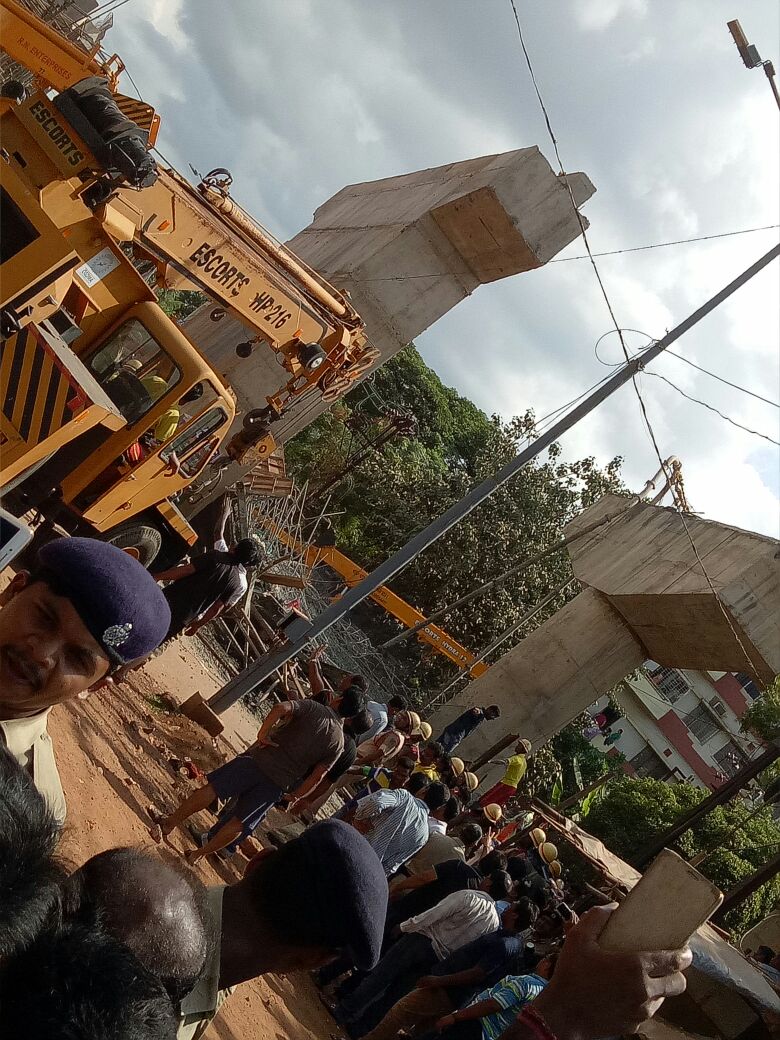 Bhubaneswar: The inquiry report on the collapse of the flyover at Bomikhal in Odisha capital has held negligence of both State Works department officials and the contractor responsible for the mishap.

Sources revealed that the inquiry report has cited negligence and irresponsibility on part of the State government officers and the contractor firm-Panda Infra India Pvt Ltd for the mishap.

The contractor firm had not submitted the design of the bridge to the Works department for approval before taking up the job, the report has pointed out, sources added.

Moreover, the report has said that the contractor firm neither had taken required safety precautions nor it had followed standard operating procedure (SOP) while executing the job, the sources further said.

For which they have been charge sheeted and the State government has decided to initiate action against them under rule 15 of the Odisha Public Service Act.

“The Executive Engineer, Deputy Executive Engineer and Assistant Engineer have not followed the Standard Operating Procedure laid down for them. As major penalty we have charge sheeted them under rule 15,” informed Works department EIC-cum-Secretary Nalinikanta Pradhan.

The State government has claimed to have initiated the process to blacklist the concerned contractor- Panda Infra India Pvt Ltd for negligence on its part which led to the mishap.

“Procedure to blacklist the contractor for the negligence on its part for failing to take safety measures has been initiated,” Pradhan added.

Notably, one person was killed and around 15 others were injured when a portion of the under-construction road over bridge (ROB) at Bomikhal caved in on September 10.