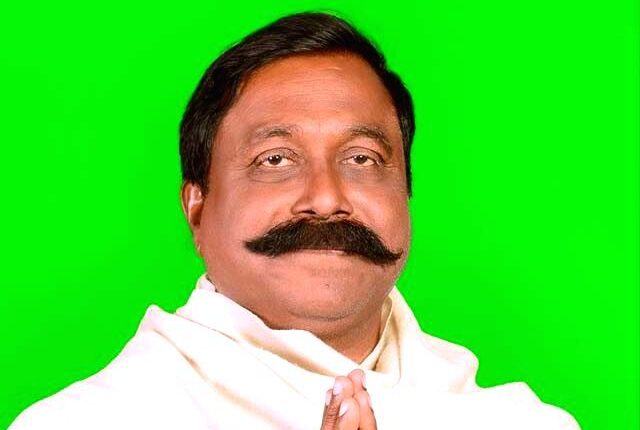 Jharsuguda: Former Brajrajnagar MLA Anup Sai, who is currently lodged in a jail in Chhattisgarh in connection with a double murder case, has tested positive for COVID-19, informed Raigarh Jailer today.

He has been hospitalised after he fell sick inside the jail yesterday.

His family sources said that Sai was initially admitted to a government hospital by the jail authorities in critical condition after he complained of chest pain on Tuesday afternoon. Later, he was shifted to the Escort Fortis Hospital.

Reports said that currently, the politician is in ICU of the private hospital after he suffered a massive heart stroke.

Family source said that Sai has been suffering from cardiovascular disease since 2014 and he was under medication for the ailment.

Reports said that Sai was likely to undergo an emergency surgery today following COVID-19 test. However, the result came out positive for the virus.

It is to be mentioned that Raigarh police had arrested Sai on February 12 for his alleged involvement in a double murder case of a woman and her minor daughter. His driver was also arrested in this connection.

Following his arrest, Biju Janata Dal (BJD) President Naveen Patnaik expelled the heavyweight of western Odisha politics from the party. Sai had won thrice from the Brajrajnagar Assembly Constituency on a Congress ticket between 2000 and 2009 before switching to the BJD in 2014.

2 students arrested over viral video of college girl in Odisha