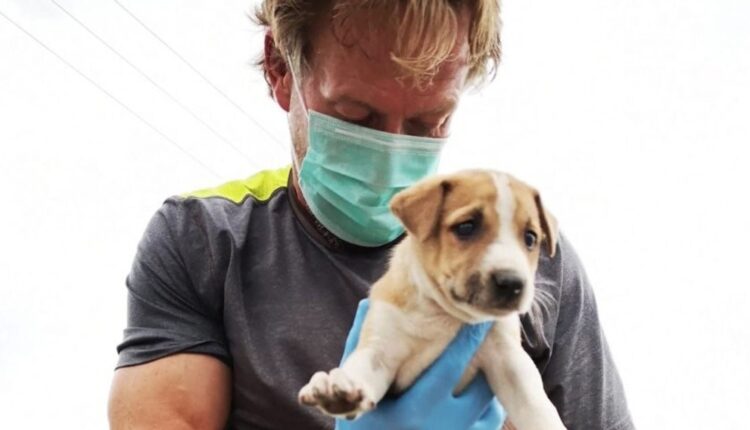 Kabul/Bhubaneswar: Former Royal Marine Paul ‘Pen’ Farthing landed at Heathrow airport on Saturday with around 150 cats and dogs from his animal shelter in Kabul.

Farthing’s vociferous campaign to rescue his animals had divided public opinion in the United Kingdom. Named ‘Operation Ark’, the campaign aims to evacuate shelter animals, staff and their family members from Taliban-controlled Afghanistan.

“We want to thank our wonderful supporters for their patience today,” said Nowzad, the animal welfare charity founded by Farthing in 2007, in a statement on Facebook.

“Although it is with mixed emotions and a sincere deep feeling of sadness for the Afghan people, we are now pleased to inform you, personally, that Pen and the animals have arrived in the UK.

“We have just unloaded the last of our dogs and cats at their temporary lodgings, following a long and difficult journey from Afghanistan. As you can imagine, the day has been filled with detailed examinations by our expert veterinary staff, to ensure that the animals are thoroughly checked over before heading into their quarantine kennels. The team have been on hand all day long to support the medical staff with the necessary administrative procedures required for their entry into the UK.

“We thank you wholeheartedly for giving us the breathing space to get this essential work done today and for the dedication that you have consistently given to our Operation Ark mission for the rescue of these animals; you have truly given them a new lease of life. We look forward to showing you their onwards journey and Pen will be posting up a personal message to you all when he has recovered from his ordeal.

“The Operation Ark mission is still ongoing and we are working tirelessly to ensure that we reach a positive conclusion for our staff.

“Pen and the staff appreciate your continued support in this mission.”

Farthing set up Nowzad after serving in Afghanistan in the 2000s. After the recent Taliban takeover of the country, he kickstarted ‘Operation Ark’ to evacuate 140 dogs, 60 cats, his staff and their families.

The campaign faced sharp criticism from several sections of society which questioned Farthing’s ethics of using official military support to evacuate animals when thousands of Afghans who had helped British soldiers were left behind.

Conservative MP and head of the Foreign Affairs Select Committee Tom Tugendhat said in a radio interview that an Afghan interpreter who had worked for the UK asked him: “Why is my five-year-old worth less than your dog?”

Afghanistan has been in a state of turmoil ever since the Taliban took over the country. The militant group ruled Afghanistan from  1996 and 2001 before being ousted by a US-led coalition.