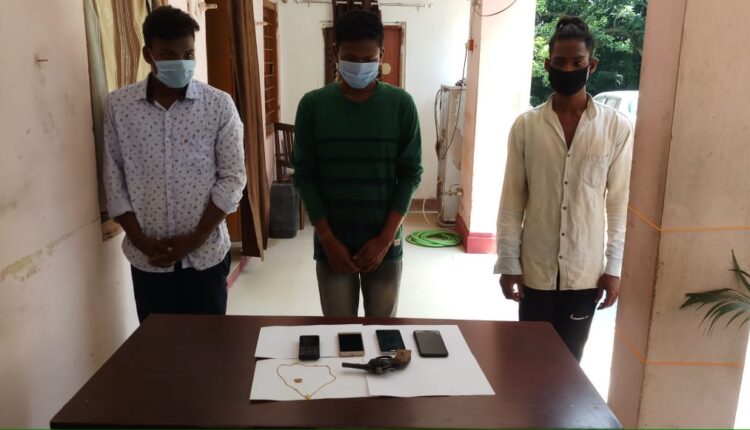 Bhubaneswar: A month after three bike-borne miscreants looted gold jewellery and mobile phones from a couple on their way  home from Bhubaneswar, Commissionerate  Police arrested all the accused yesterday. They were produced before court today.

Around noon on June 25, when Sulochana Pati and her husband were returning to their house from Bhubaneswar on motorcycle, the trio came on a bike and intercepted them at Bhungarpur Chhak. The miscreants later took away their motorcycle key and snatched a gold chain with locket from Sulochana’s neck and her vanity bag containing some documents, cash and two mobile phones . The looters later fled towards Adashpur.

During investigation, the snatched mobile phones were tracked, sources engaged, the accused persons identified, raids conducted and all of them were arrested yesterday. Further investigation is on to ascertain in any racket is involved in the incident, said police.