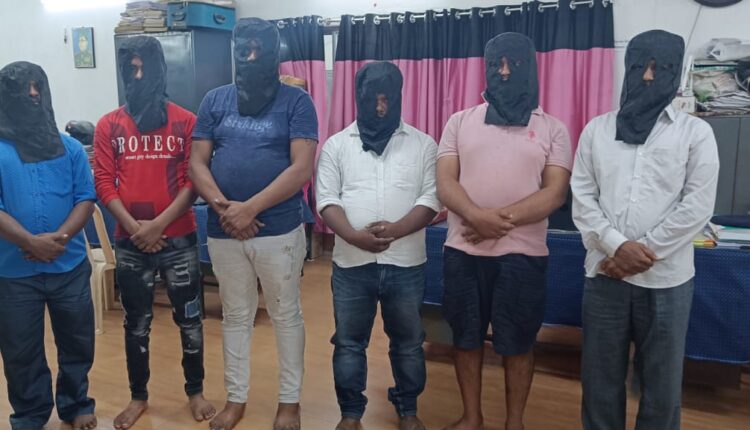 Balasore: The police today seized more than 10 kilograms of brown sugar worth Rs 11 crore during a raid at Fuladi area of Balasore district in Odisha.

At least six persons, including one from Madhya Pradesh, have been arrested in this connection, said Inspector General of Police (Eastern Range) Himanshu Kumar Lal.

The accused have been identified as Ayub, Sk. Hussain, Sk. Safiq alias Laden, Sk. Raju, Sk. Sameer alias Badu and Rintu Tarei. Ayub is a resident of Madhya Pradesh while the remaining five accused are from Arad Bazar area under Sahdevkhunta police limits in Balsore, he said.

The police also seized two two-wheelers, five mobile phones, Rs 21,000 in cash and an Aadhaar card from the arrested persons.

The police had information that some drugs traders would bring huge quantities of brown sugar for selling it in Fuladi area under Sahdevkhunta police limits today. Accordingly, a police team raided the area and seized the brown sugar. While six persons were arrested, a few others managed to escape, said the IG.

Preliminary investigation has suggested that the brown sugar had been procured from West Bengal-Assam border and it was supposed to be supplied to several drugs peddlers in various parts of Odisha, added the IG.