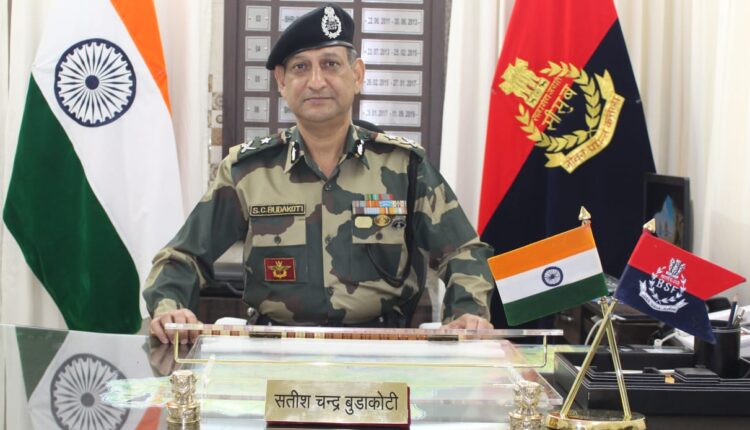 New Delhi/Bhubaneswar: The Centre selected Satish Chandra Budakoti, IG of the Border Security Force (BSF) to lead the anti-naxal operation in the Frontier (Special Operation) Odisha. Beside Odisha, the Ftr HQ at Bangalore and Sector Trivandrum in Kerala are under his command.

Earlier, he visited Maoist infested districts and assess the present scenario in Odisha. He also met senior Administrative and Police officers and discussed about anti-naxal situation of the State.

Budakoti was born in Chai village in Uttarakhand. After graduating from St. Edmunds College, Shillong, he joined the Border Security Force as a direct entry Assistant Commandant in 1986.

The Officer served in extremely tough and hostile terrains, ragging to insurgency/ militancy prone States of Punjab, J&K and North East. He was picked up for deputation with UN Mission to Bosnia and Herzegovina, where he performed the duties as Advisor to Border Police Chief and Operation Officer.

He was awarded prestigious President’s Police Medal for Meritorious Service in 2009.