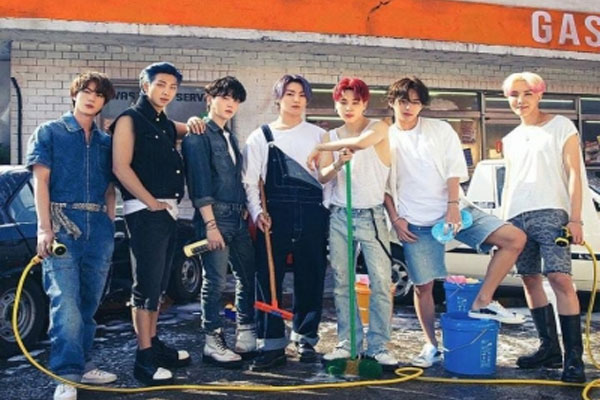 Seoul: Jungkook, of the South Korean super K-pop band BTS, is currently trending on social media after he posted an adorable picture of him playing with his two pet pups.

Jungkook posted the pictures on Instagram, where he can be seen lying on the floor as his adorable Italian Greyhounds, who are named Song and Paeng, rest on his stomach. He looks dapper dressed in a white T-shirt with a black pants.

Moments after he shared the images, he received over 10.5 million likes.

According to reports, Jungkook’s first Instagram post of 2022 crossed one million likes in almost two minutes. With this, he has become the fastest person to achieve this.

BTS, or Bangtan Sonyeondan, are a septet comprising Jin, Suga, J-Hope, RM, Jimin, V, and Jungkook. The K-pop singers are due to hold a concert in Seoul in March 2022.