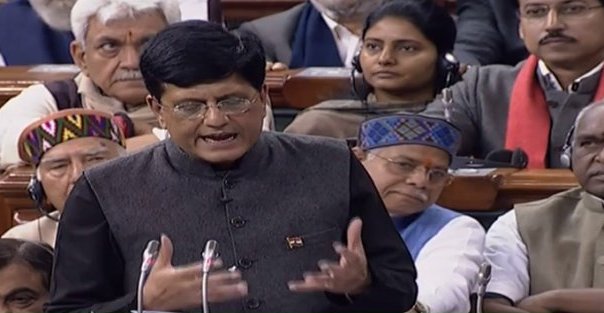 Under Pradhan Mantri Kisan Samman Nidhi scheme, the beneficiaries will receive Rs 6,000 per year in three installments. The cash will be transferred directly to farmers’ bank accounts.

It was among the first major announcements in budget speech 2019 by the FM Goyal in the Lok Sabha today. The move ahead of the general elections is likely to benefit 12 crore farmers in the country.

Seems like the Centre has seriously reviewed the benefits of KALIA scheme, launched by Chief Minister Naveen Patnaik in Odisha last month. Under the scheme, funds of Rs 25,000 will be transferred to eligible beneficiaries’ bank accounts in phases. Total 12.45 lakh farmers including small, marginal and landless in the State have received Rs 5,000 each on Jan 25 in first phase.

Besides, for the welfare of farmers and for doubling their income, a historic decision was taken to increase MSP by 1.5 times the production cost for all 22 crops. This initiative will benefit 12 crore small and marginal farmers, at an estimated cost of Rs. 75,000 crore. Instead of rescheduling of crop loans, the farmers severely affected by natural calamities will get 2% interest subvention and additional 3% interest subvention upon timely repayment.

Goyal announced Rs 60,000 crore for MGNREGA, the rural employment scheme, adding that the allocation can be increased further.

He also said that his government is considering to set up a national cow commission for the welfare of cows across the country.