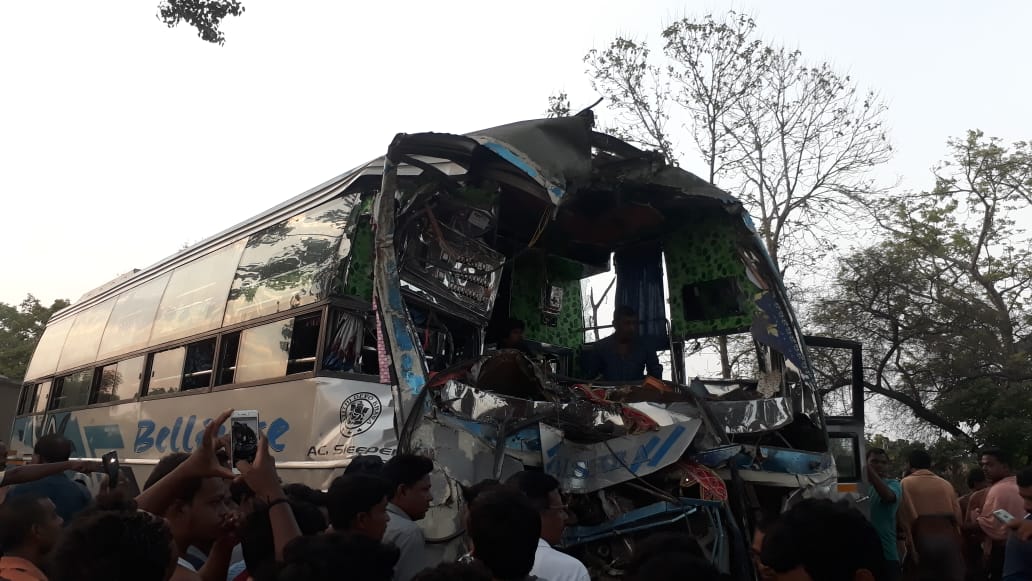 Boudh: A bus rammed into a tree on NH-56 near Manamunda in Odisha’s Boudh district late last night injuring as many as 18 passengers.

According to reports, the ill-fated bus was on its way to Bhubaneswar from Balangir. The driver of the vehicle lost control over the wheels, following which it dashed against a roadside tree.

The victims have been admitted to Sonepur district headquarters hospital for treatment. Condition of six of them is stated to be critical.

The impact of the collision was so severe that the front portion of the bus was completely mangled in the road mishap.