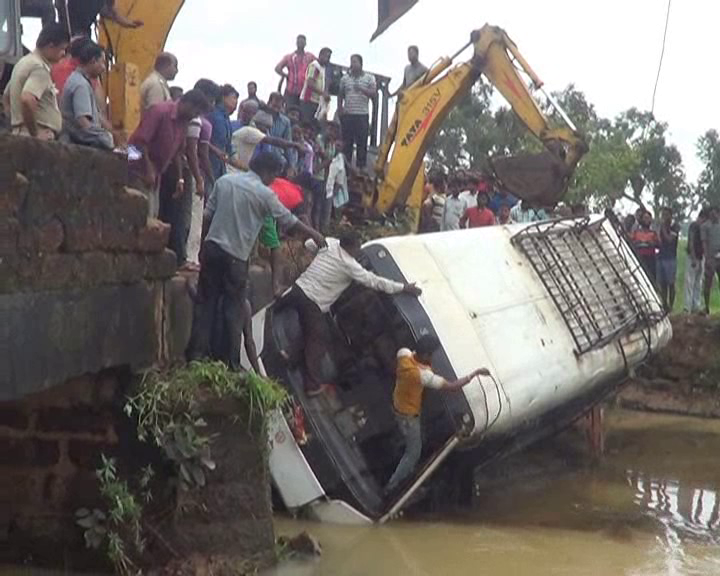 A bus conductor was killed and more than 10 passengers were injured as the vehicle fell off a bridge at Totapada near Athagarh in Odisha’s Cuttack district today.

According to reports, the driver of the ill-fated bus lost control over the wheels following which it fell off the narrow bridge. The bus was on the way to Narsinghpur from Cuttack, sources said.

The injured were admitted to a nearby hospital for treatment.