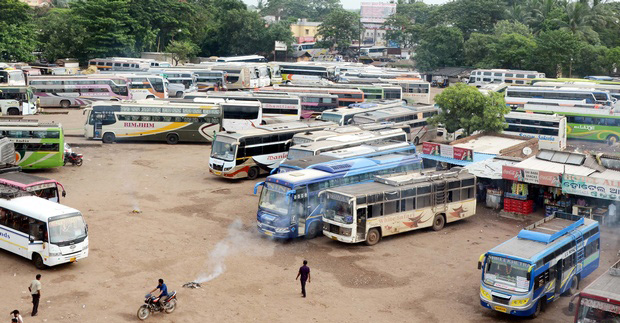 Cuttack: A day after the Odisha government reduced Value Added Tax (VAT) on petrol and diesel, bus fares were slashed under the automatic fare revision mechanism devised by the government.

Secretary of the All-Odisha Private Bus Owners’ Association, Debendra Sahu informed fares of for travelling in ordinary and express buses have been cut by five paise per km. In case of deluxe and AC Deluxe buses, the fare has been slashed by 10 paise per km.

Since midnight of November 5, the VAT on petrol and diesel were cut by Rs 3 per litre as announced by the Odisha government.

The Central government on November 3 reduced the excise duty on petrol and diesel by Rs 5 and Rs 10 per litre, respectively.