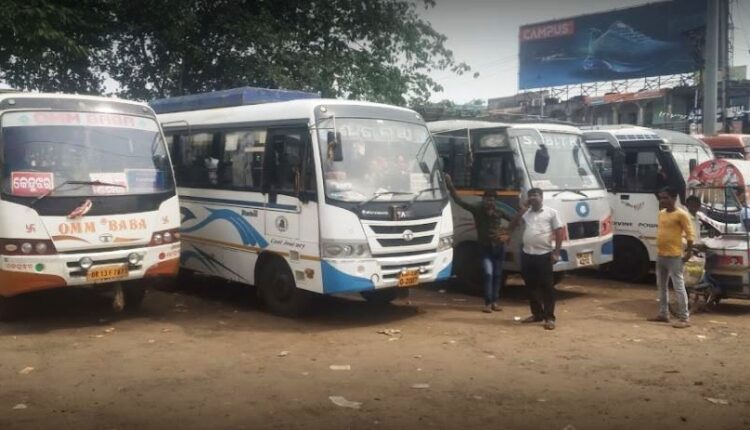 Bhadrak: Bus service in Odisha’s Bhadrak district came to a grinding halt today as the local bus syndicate called for a cease work.

The agitators alleged that miscreants were intercepting the buses and extorting money from drivers and conductors besides misbehaving with them.

They further alleged that though a police complaint was lodged in this regard, the cops were yet to take any action.

The agitation affected the passengers as they were seen being stranded at the bus stand waiting for the resumption of the plying of buses.

Some miscreants had allegedly stopped six buses at Soro and demanded money from the drivers and conductors, yesterday.