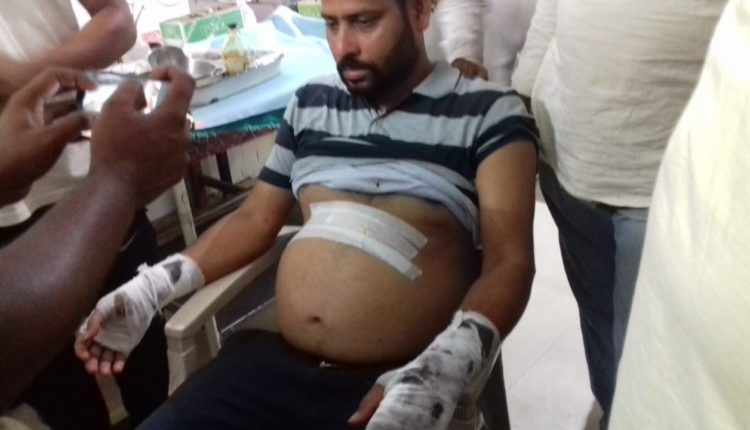 Keonjhar: A businessman was shot at and looted by miscreants in Banpar area of Keonjhar Town Police Station area, last night.

The businessman has been identified as Dilip Behera who owns a paint shop in Mining Road here.

According to sources, Behera was returning after closing his shop at about 10:30 pm, when he was assaulted in the dark under a railway overbridge.

Four bike-borne miscreants opened fire at Behera when he refused to part with cash in his possession. They looted Rs. 15,000 and a mobile phone from him. Reportedly, the motorbikes were black-coloured Pulsar models bearing number plates of Jharkhand.

Behera was recused by the police and admitted to district headquarter hospital in a critical condition with the bullets grazing his hand and stomach. The police has launched a probe into the case.