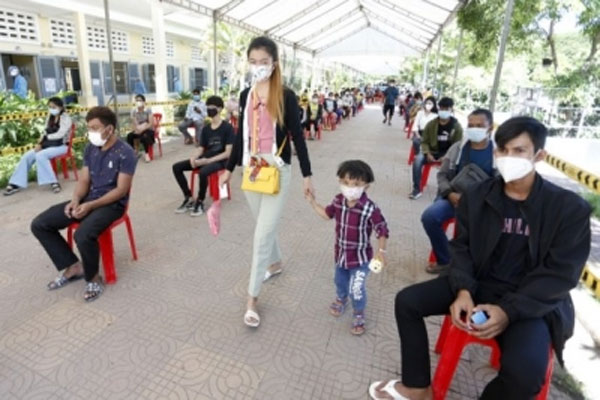 Phnom Penh: Cambodia on Tuesday became free of Covid-19 after the last patient recovered, the Health Ministry said in a statement.

Since the last 31 days, there were no new cases reported in the country, Xinhua news agency quoted the statement as saying.

Ministry spokeswoman Or Vandine attributed the country’s success in controlling the pandemic to the government’s right leadership and the effectiveness of Covid-19 vaccines.

“Prime Minister Hun Sen made the right and timely decision to provide free Covid-19 vaccines to all eligible Cambodians and foreigners living in the country,” she told reporters.

“Vaccines are the most powerful tool to protect lives against Covid-19, reducing infections and deaths.”

Over 15 million people, or 94 per cent of its 16 million population, have received at least one dose of a Covid-19 vaccines, the Ministry said, adding that of them, 14.3 million, or 89.4 per cent, have been fully inoculated with two shots.

Cambodia will begin offering a fifth dose to priority groups from Thursday onwards.

Buoyed by its high inoculation rates, Cambodia has resumed all socioeconomic activities and reopened its borders to fully vaccinated travellers without quarantine since November last year.