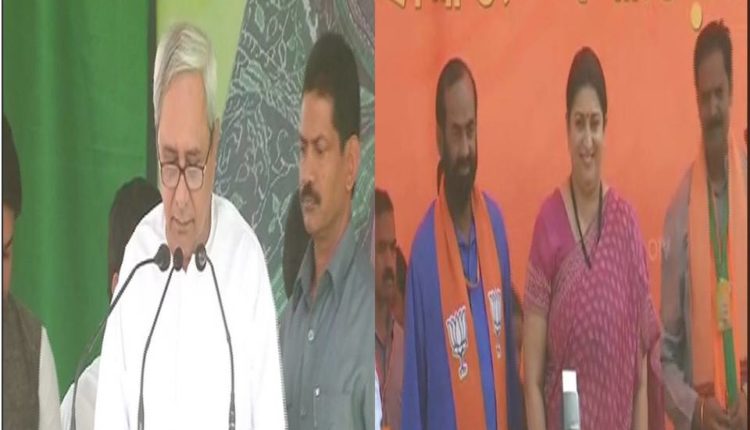 Bhubaneswar: Campaigning for the by-poll to the Bijepur assembly constituency in Odisha’s Bargarh district has gained momentum, with political parties leaving no stone unturned to ensure the victory of their candidates.

The election is set to be a triangular contest as the Congress, the Biju Janata Dal (BJD) and the Bharatiya Janata Party (BJP) have launched a high-pitched campaign and the state leaders of all the parties are camping in the constituency.

The by-poll is scheduled for February 24.

BJD president and Odisha Chief Minister Naveen Patnaik, who started his poll campaign on Tuesday, made an emotional appeal to the voters in favour of party candidate Rita Sahu, the widow of Congress MLA Subal Sahu.

Addressing a huge gathering at Badagaon in Barpali block, the Chief Minister remembered the great son of the soil and legendary poet Gangadhar Meher as well as renowned freedom fighter Bhagirathi Patnaik.

The Chief Minister also recalled Bijepur’s three-time Congress MLA late Subal Sahu, who passed away in August 2017, for his efforts for all-round development of the region.

“After the sad demise of your popular leader Subal Sahu, sister Rita Sahu (wife of Subal Sahu) approached me to give her a chance to serve Bijepur for one year, as this would provide peace to the departed soul of her husband,” Patnaik said.

He appealed to the gathering to bless the BJD candidate and cast their vote for the party.

Union Ministers Smriti Irani and Dharmendra Pradhan, on the other hand, attacked the BJD government in the state for its failure to provide basic facilities to the people. Union Tribal Affairs Minister Jual Oram also campaigned in the assembly constituency seeking votes for party candidate Ashok Panigrahi.

“Even though Naveen Patnaik is in power for last 18 years, the people in Bijepur did not get basic facilities including electricity and water. While the Centre is providing loan under Mudra Yojana to the weaver community, it did not reach the people,” pointed out Smriti Irani.

Amid the star-studded campaign by the BJD and the BJP, the state Congress leaders are doing a door-to-door campaign to ensure the victory of their party candidate Pranaya Sahu. (IANS)

Pep up your attire with these footwear for Odisha summer