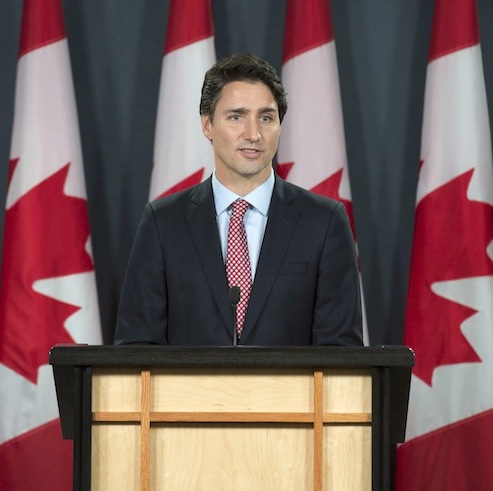 With India-Canada ties “blooming and thriving”, Canadian Prime Minister Justin Trudeau is expected to visit India either late this year or early next year, the country’s High Commissioner to India Nadir Patel said on Friday.

“The India-Canada relationship is blooming and thriving,” Patel said at a media interaction organised by the Indian Association of Foreign Affairs Correspondents (IAFAC) here.

“We have already held four strategic dialogues,” he said.

Stating that Prime Ministers Narendra Modi and Trudeau have met both formally and informally, he said that “our leaders have developed a very strong relationship”.

Modi visited Canada in April 2015 when Stephen Harper was the Prime Minister. It was the first standalone prime ministerial visit from India to the North American nation in 42 years.

According to Patel, Trudeau is scheduled to visit India either “late this year or early next year” at the invitation of Modi.

“We are yet to finalise the dates,” he said.

The High Commissioner said that both Trudeau and Canadian Foreign Minister Chrystia Freeland “have made it clear that India is top priority for Canada”.

“Delhi is our largest diplomatic mission in the world,” he said.

Stating that bilateral trade and investment was “largely balanced”, he said that there was “$14-15 billion of Canadian investment in India in the last two years”.

“There are around 1,000 Canadian companies in India of which 400 are physically present,” Patel said.

However, he lamented the fact that bilateral trade stood at only $8 billion given that “we do $2 billion of trade per day with the US”.

“There is potential do a lot more,” he said.

In terms of what Canada can offer to India, he cited food security, aviation, start-ups and clean energy among various sectors.

He said that Canada was keen to have a Comprehensive Economic Partnership Agreement (CEPA) with India.

“SMEs (small and medium enterprises) of both countries stand to gain the most,” the High Commissioner said

As for the civil nuclear agreement signed during Modi’s visit, he said that administrative guidelines have been concluded and “things are moving fast”

In this connection, he said a delegation of Canadian companies would be visiting India to discuss nuclear technology.

Of this number, 500,000 hail from Punjab and 300,000, he said, adding that there are 19 members of parliament of Indian origin of whom four are cabinet ministers.

He also said that there has been a hike in the number of Indian student visas for Canada in the last four months. Asked if this was due to the policies of the Donald Trump administration in the US, he said that the surge started even before the US election and was “not attributable to the new US administration”. (IANS)