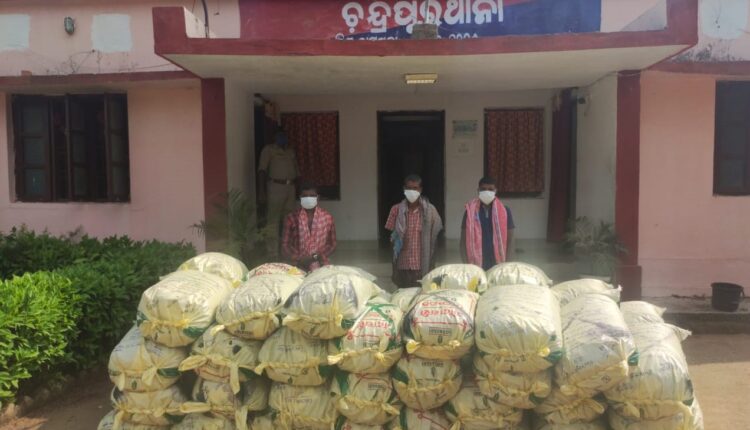 Rayagada: A huge cache of cannabis worth about Rs 1 crore was seized and three peddlers were arrested in this connection in Rayagada district, police informed today.

Acting on a tip-off, the Chandrapur police team conducted raid on July 9 and detected 11.8 quintal (1180 kg) ganja in 59 packets at Rabiguda Chhak.

The team caught three persons while they were preparing to transport the banned contraband to Muniguda in the district.

All the three accused persons were apprehended and booked under sections 20(b)(ii)(C)/29 of NDPS Act. The market value of the seized ganja is about Rs 1 crore, the Rayagada police said in a release.