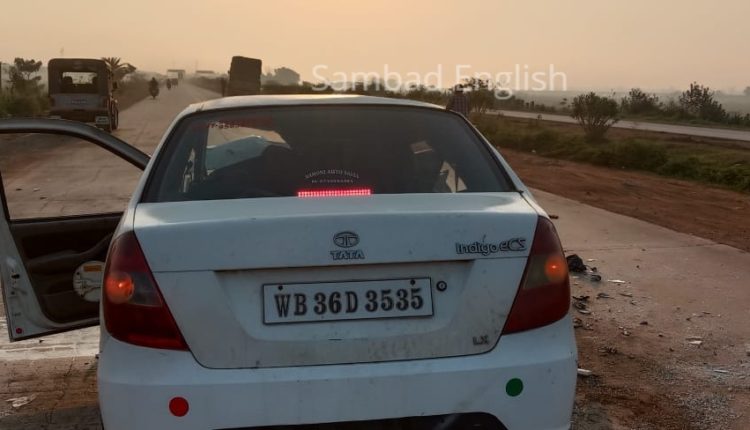 Balasore: A man died and another sustained critical injuries as the car in which they were travelling hit a truck from rear on NH-60 near Mirikamundi in Odisha’s Balasore district, today.

The deceased has been identified as Sahadev Behera of Rupsa area. On being informed about the mishap, Fire Service personnel rushed to the spot, rescued the injured one identified as Rajesh Behera, and took him to the Balasore District Headquarters Hospital for treatment.

Police have recovered the body for post-mortem and started investigation into the incident.