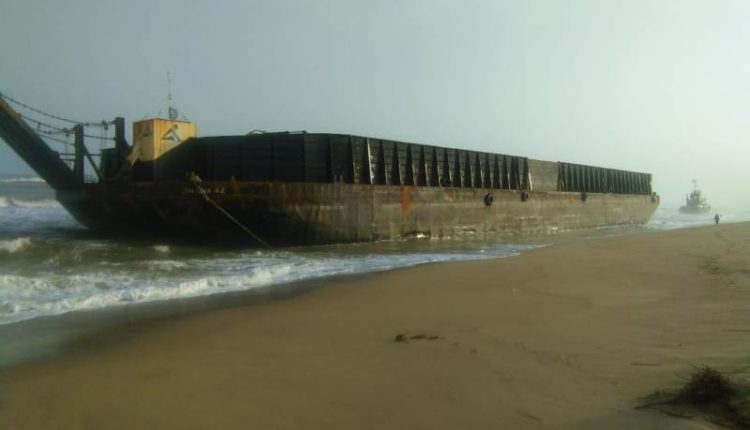 Puri: The Coast Guard has raised concern over possible spillage of oil from Tug JIN HWA 32, a cargo vessel that ran aground off Odisha’s Chilika lake on August 9.

It has apprised the Odisha Government about the threat to the eco-sensitive coastal zone off Chilika lake and Odisha coast due to the possible leakage from the cargo ship which contained 30,000 litres of diesel, 1000 litres of lube oil and 200 litres of hydraulic oil.

The Coast Guard has also written to the company which owns the vessel, asking it to prevent any leakage of oil.

“You are hereby warned under section 356(J) 1(B) of the Indian Merchant Shipping Act, 1958 to ensure all necessary measures are undertaken to prevent any leakage of oil from Tug JIN HWA 32 causing oil pollution in the area,” the Coast Guard wrote in the letter, which was faxed.

“Hence, you are advised to undertake above action on priority either through a local agent or any other professional salvor. Non compliance of the same will entail this Headquarters to take action under section 356(K) of part XI of Indian Merchant Shipping Act, 1958,” the letter read.

Notably, the Malaysian cargo ship, which was heading towards Visakhapatnam, had drifted towards the Odisha coast due to a storm in the Bay of Bengal. The ship has been anchored near Rajhans island close to Chilika lake under Krushnaprasad police limits in Puri district, since then.

Who would be Odisha’s next chief secretary?