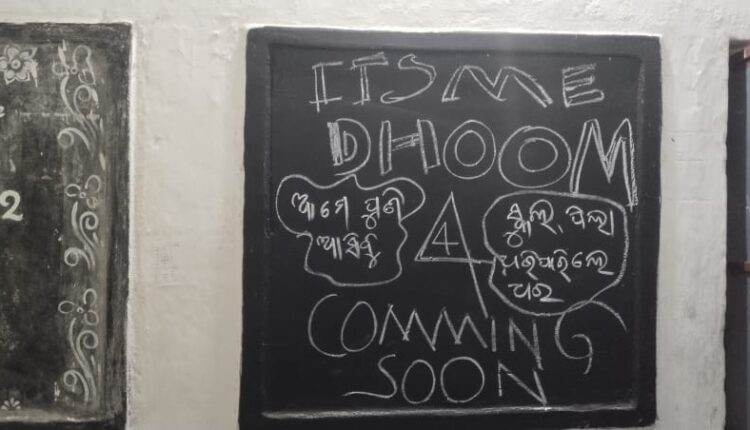 As per reports, the miscreants broke open Indravati High School Headmaster’s room and allegedly looted computers, printer, photocopier, weighing machine and sound box. Interestingly, the robbers wrote ‘Dhoom 4’, ‘we will return’, ‘coming soon’ on the blackboard of a classroom before fleeing. The incident occurred late last night at the high school.

The robbery has been the topic of discussion in the area since then. Some villagers opined the police must find out whether students actually looted the machines, or someone else has stolen the items and wrote on the blackboard blaming the students in order to mislead the police probe. The messages on the blackboard also stated that the looters were from the same school.

Earlier, computers and electronics items were robbed from the Dahana School under Nandahandi block and Tentulikhunti Block Education office in the similar fashion.

The villagers said the focus of the miscreants is to loot the computers. Hence, the locals demanded the adminsitration to strengthen the security at government offices.

The police started an investigation into the alleged loot after the Headmaster Sarveshwara Behra lodged a complaint at the Khatiguda police station.