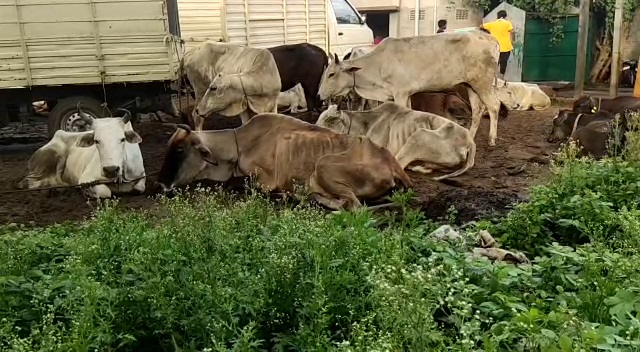 The cops detained a few youth and rescued over 25 cattle illegally being smuggled in two pickup vans. The rescued cattle have been sent to a cow shelter at Mangarajpur.

According to reports, the Choudwar Police had kept vigil on illegal trade being operated at Sultan Nagar since a long time. Acting on a tip-off about cattle being trafficked to Bhadrak and Balasore districts, a team of police conducted raid at the area late on Thursday night and found two pickup vans laden with over 25 cattle. The vehicles had registration number of Bhadrak district and were ready to move from the area to respective destinations.

During the raid, the police seized the vehicles and detained some youth for interrogation in connection with the illegal trade.

Source said that a few locals in Sultan Nagar is allegedly involved in the cattle smuggling activity. They used to bring cattle from different places and supply those to other locations including Bhadrak, Balasore and Kolkata.

As the probe is underway, the police official did not share any details about the case.

88 cattle being smuggled to WB rescued in Odisha; 2 arrested