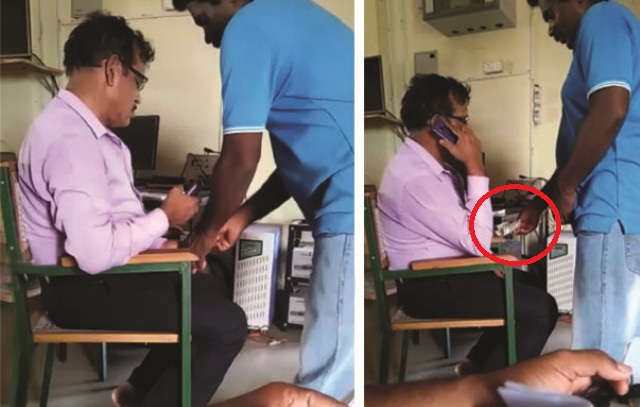 In the clip, Tantiapala Marine Police Station IIC Trilochan Behera is seen taking bribe of Rs 1000 in denomination of Rs 500 from one Nirakar Rout of Radhiha village. The police official is also seen keeping the amount inside his pocket after receiving it from Rout.

It is suspected that a staff of the police station recorded the whole episode with a mobile phone and later circulated the video.

Raghurajpur: A living workshop of handicraft artisans threatened by modernity