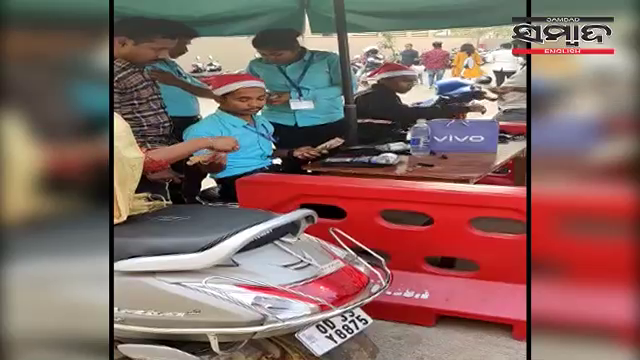 Bhubaneswar: Despite restriction on collection of parking fee at different commercial establishments, hospitals and apartments in the state capital, few malls have reportedly again started charging visitors for vehicle parking.

The matter came to light after a video of visitors paying parking fee at Esplanade One, the biggest shopping mall in the state so far, purportedly captured by a mall-goer surfaced with media.

Sources said after a notice issued by the Bhubaneswar Development Authority (BDA) in October this year, all malls had stopped collecting parking fee from visitors. However, Esplanade One is charging Rs 10 from two-wheelers and Rs 20 from four-wheelers for parking since last three days. The mall is collecting the fee on the pretext of an interim order issued by the Orissa High Court (HC), sources added.

Similarly, BMC Bhawani Mall has also allegedly started collecting the fee. While two-wheelers are charged Rs 10, parking fees of Rs 30 is being collected from four-wheelers at the mall. However, the mall staff refuted the allegation.

Notice issued to 13 establishments in Odisha capital over…

When asked BDA Planning member Gouri Shankar Bhuyan said there is no such High Court order allowing shopping malls to collect parking fee. “The HC in its interim order had directed the BDA not to take any coercive action against such malls. But few malls interpreted the order in a different way to collect parking fee,” he stated.

“Though we have been asked not to take any coercive action against malls flouting the BDA order, we will appraise the High Court about this once it reopens after holidays,” Bhuyan added.