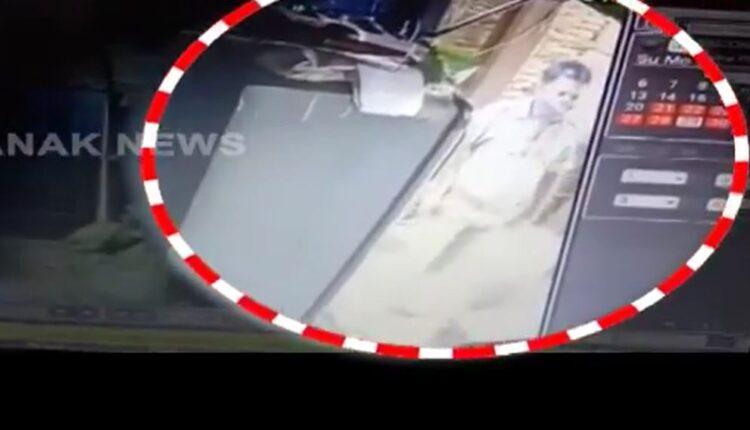 Bhubaneswar: A cop of the Twin City Commissionerate Police allegedly thrashed and kicked a minor boy who was selling tea and milk at his father’s shop in Kesura area here. The incident took place on June 29 and was captured on CCTV camera.

According to reports, four cops of Badagada police arrived in a PCR van and questioned the minor boy over opening the shop after stipulated hours and violating the COVID-19 guidelines.

One of the policemen started hurling abuses at the boy and kicked him repeatedly. Though the boy requested the cop to spare him, but in vain.

Moreover, they allegedly looted milk and bread from the shop.

“I was present at the shop on that day due to my father’s illness. The policemen came and questioned me while one of them thrashed and kicked me mercilessly. They also took some milk and bread packets with them before leaving the place,” the victim said.

On the other hand, Bhubaneswar DCP has suspended the erring cop while others have been brought under the purview of the investigation.