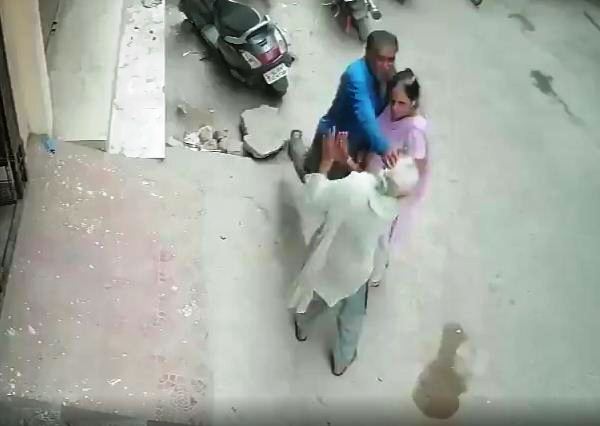 New Delhi: A 76-year-old woman died after allegedly being slapped by her son in Dwarka, Delhi. The incident took place on March 15 and was captured on a CCTV camera.

Deceased Avtar Kaur’s 45-year-old son Ranbir slapped her following an argument between them. The elderly woman then became unconscious and fell on the ground.

Police registered a case against the accused under relevant sections of the IPC and arrested him.