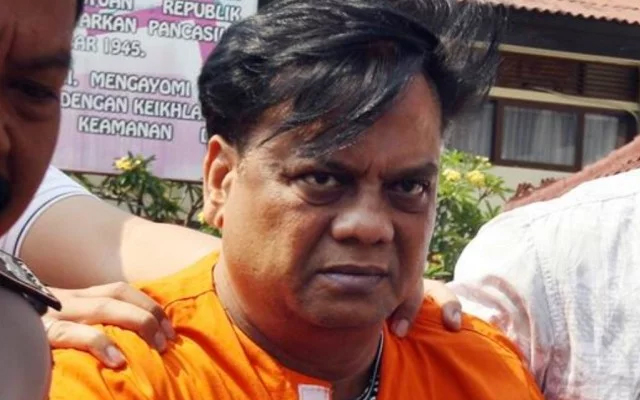 Mumbai:The Central Bureau of Investigation (CBI) has initiated probe into four more separate cases registered by the Mumbai police against gangster Chhota Rajan, including those lodged between 1995 and 1998.

The CBI took over the matter and registered the separate FIRs on Tuesday in the cases which were registered in 1995, 1996, 1997 and 1998 at separate police stations.

In October last year, the CBI had also begun probe into five cases against Rajan, including those related to his initial days when he was working as an alleged bootlegger with his mentor Rajan Nair alias Bada Rajan over three decades ago. Those cases were registered by the Mumbai police in the 1980s, 1990s and 2000s.

With four new FIRs, the number of cases against Rajan Sadashiv Nikalje, alias Chhota Rajan, being probed by the agency, has increased to 80.

All the cases registered by the Mumbai police against Chhota Rajan were transferred to the CBI following an order issued by the Ministry of Personnel in November 2015 after his arrest.

The first case was registered in July 28, 1995 at L.T. Marg police station by Devang Bipin Parikh, a businessman, against one Suresh (full named not known), Guru Satam and Chhota Rajan accusing them of calling him to seek Rs 20 lakh extortion and threatening to kill him and his father if the amount is not paid.

Another case was registered at Khar police station on June 7, 1996 by Shabbir N. Patel, a builder against one Bhau and Chhota Rajan among others accusing them of threatening him and his son to kill them.

Third case was registered by the Mumbai police on June 12, 1997 at Antop Hill Police station by Baljit Shersingh Parmar, a journalist. In his complaint, Parmar alleged that two unidentified bike borne assailants shot bullets to kill him leading to serious injuries. Mumbai CID was handed over the case and it named Chhota Rajan and one Rohit Verma in the charge sheet after completion of the investigation.

Another case was registered on November 6, 1998 at L.T. Marg police station by Ghisula Jain, a businessman, against one Hemant Krishna Varthadkar accusing him of calling at his shop and residence between June 10, 1998 and November 6, 1998 demanding Rs 25 lakh extortion money. As per the case diary, after completion of investigation, Mumbai Police filed charge sheet against Varthadkar, Suresh Baburao Kurhe, Santram Govind Thakur and two other accused namely Chhota Rajan and Manoj Kotiyan shown as wanted accused.

Soon after the arrest of Chhota Rajan on October 25, 2015, and his deportation from Indonesia, following an Interpol Red Corner Notice, the Maharashtra government had handed over 71 cases to the CBI. Chhota Rajan is currently lodged in Tihar Jail’s Super High Security Jail no. 2.

He is a former member of D-Company, who split with Dawood on communal lines after the 1993 serial bombings in Mumbai.

Ailing Lalu Yadav to be shifted to Delhi for treatment