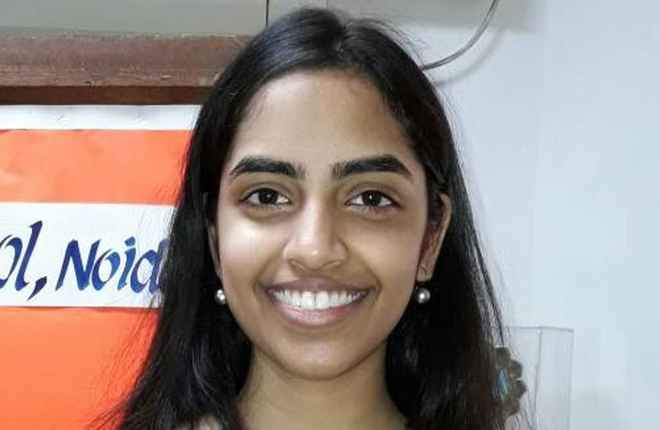 Raksha Gopal from Delhi’s suburban Noida, in Uttar Pradesh, topped the Class 12 CBSE exams, the results of which were declared on Sunday morning. She was followed by Bhumi Sawant De from Chandigarh.

Raksha Gopal of Amity International School from Noida secured 99.6 per cent marks, and Bhumi Sawant De from DAV Chandigarh scored 99.4 per cent marks, the Central Board of Secondary Education announced.

Aditya Jain and Mannat Luthra, both from Bhavan Vidyalaya in Chandigarh, came third with identical 99.2 per cent marks.

The pass percentage this year dropped to 82 per cent compared with 83.05 per cent last year.

The Class 12 results can be checked on Central Board of Secondary Education website cbseresults.nic.in.

Union Human Resource Development Minister Prakash Javadekar congratulated all the students and interacted with the toppers over phone.

“I want to congratulate all the students who scored well… success gives you strength and confidence. Also congrats to students of all boards,” Javadekar said in a video message to students.

The Minister advised students who could not perform well that “the defeat is not final unless we keep trying”.

“Therefore, you should try more and you will get definite success,” he said.

He said he was happy that toppers came from arts, science and commerce streams, and added that one topper aspires to become an economist, another an IAS officer whereas two others aim to pursue engineering and political science.

He said the credit for their success goes to their hard work, dedication, parents, and teachers. (IANS)