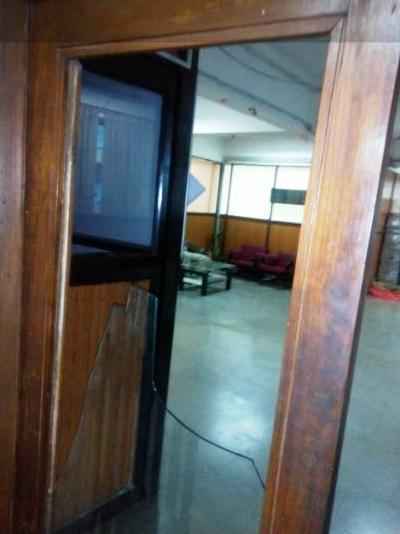 Protest over discrepancies in the publication of CBSE Class-XII results in Odisha took a violent turn today as some affected students reportedly ransacked the regional office of the board at Saheed Nagar here.

According to reports, the glass door of the office’s main entrance was broken by the irate students.

Tension gripped the spot following the incident for which one platoon of police force was deployed to avoid further untoward incident.

On the other hand, several transgenders today joined the protest staged by students and their parents in front of the office and gheraoed it.

Later in the day, the parents’ association decided to hold the agitation till June 6 as board officials sought time to resolve the issue.

The students and parents had yesterday met Chief Minister Naveen Patnaik over the matter. Patnaik had assured them of “all help”.

“Anguished by the plight of young friends & their parents, I met, due to lapses in #CBSEresults2017; conveyed solidarity & pledged all help,” the Chief Minister tweeted after meeting them.

Anguished by the plight of young friends & their parents, I met, due to lapses in #CBSEresults2017; conveyed solidarity & pledged all help pic.twitter.com/DJ16xxl4mL

Notably, results of many students in Bhubaneswar zone of the board have been kept withheld.