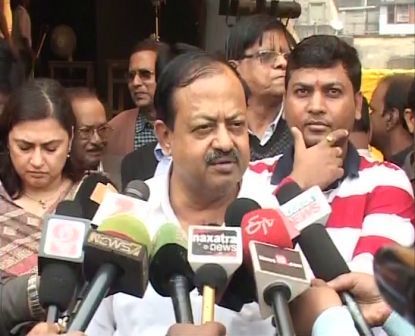 “So far as I can recall, former Human Resources Development Minister Smriti Irani first tossed the teacher-on-call proposal. We are only executing directives of the Centre,” said Mishra.

Mishra was backed by other members of Biju Janara Dal as well.

“Odisha is not the only state to have ‘teacher-on-call’ policy. There are other states as well. Some of them include BJP ruled states. Will Pradhan question them as well? Besides, retired teachers are well experienced and respected. It is condemnable to make such comments against them,” said BJD Spokesperson Sashi Bhusan Behera.

Pradhan, on the other hand, defended his statement and asked the State Government to provide statistics on vacant teacher posts.

“Did the Union Government ask the state to keep the regular posts vacant? I would urge the State Government to release the numbers of vacancies and the number of contractual teachers employed to make the picture clearer,” said Pradhan.

Three members of a family killed in accident in Odisha